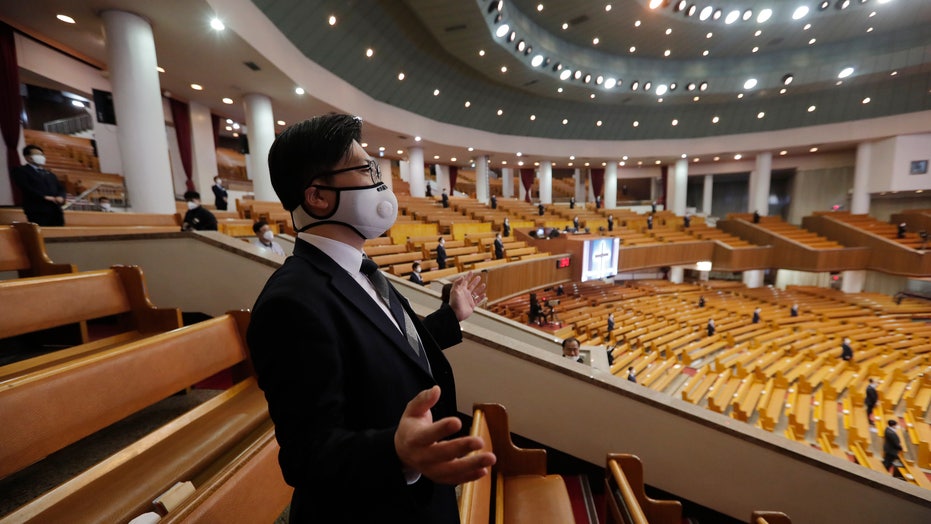 Dr. Jha: South Korea got it right with mass testing

Churches in South Korea could be shut down for failing to implement preventative measures amid the spread of the coronavirus in the country's most populous metropolitan region.

The Gyeonggi Province announced Tuesday that 140 churches in the area surrounding Seoul could face fines of as much as $2,400 if they fail to abide by their order.

The province's administrative order calls for churches to list the names of congregants, screen them for fever and ensure that they wear masks and are at least 2 meters apart during services until March 29.

More than 79 of the positive cases confirmed in the region have been connected to services at Protestant churches, including 40 from a small church in the city of Seongnam, where church officials possibly worsened the spread by using a saltwater spray without properly disinfecting the nozzle.

The pastor of River of Grace Community Church, along with his wife and several members, tested positive for COVID-19 after attending the same March 8 service, in which they believed saltwater helped stop the spread of the virus, according to the Yonhap News Agency.

South Korea - the sixth-worst hit country - has confirmed 84 new cases of the virus and six more deaths in the past 24 hours, bringing its total numbers to 8,320 infections and 81 fatalities.