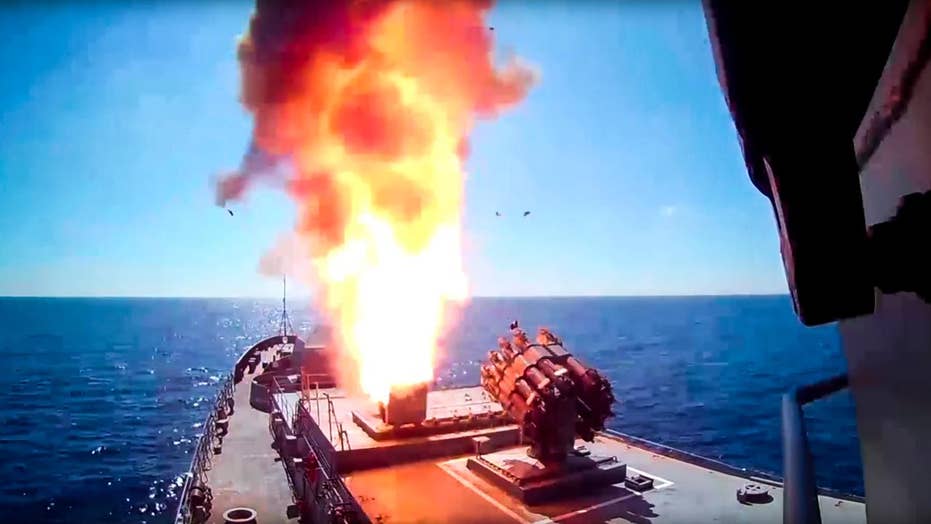 Strike targets in Syria near the ancient city of Palmyra; Amy Kellogg reports from Milan, Italy

The Admiral Essen frigate and the Krasnodar submarine launched missiles at ISIS targets in the area of the ancient city of Palmyra, the Russian Defense Ministry said in a statement.

It added that the missiles successfully hit heavy weapons and fighters whom the group had deployed and moved to Palmyra from its de facto capital of Raqqa.

The ministry said it had notified the U.S., Turkish and Israeli militaries beforehand of the coming strike. It added the Russian strike was promptly executed following the order, a testimony to the navy's high readiness and capabilities.