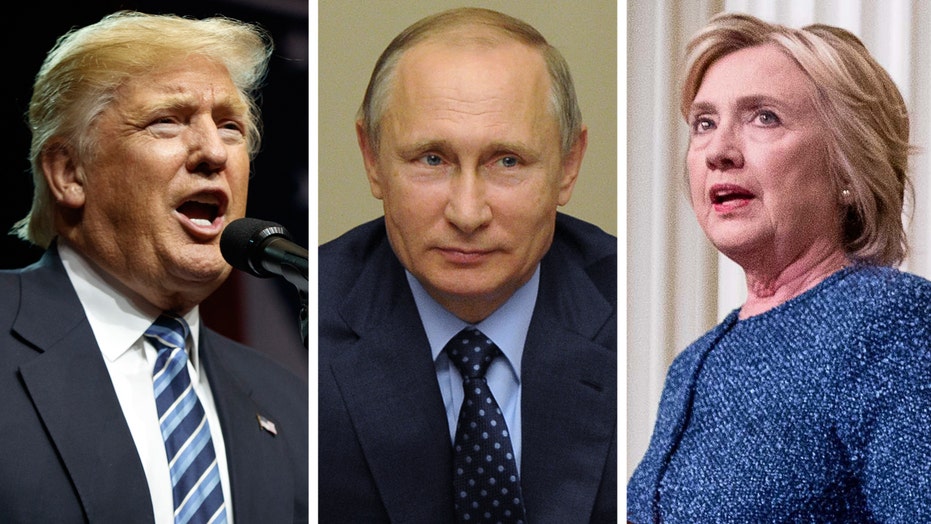 Clinton vs. Trump on Russia

It was no surprise that Vladimir Putin's United Russia party took the lion's share of votes in Sunday’s parliament elections, but the real suspense was in whether any genuine opposition would make it into the mix and if a repeat of the 2011 protests over voter fraud would resurface.

The pro-Putin party ended up with three-quarters of the seats in the lower house, known as the Duma. The rest of the winners came from the so-called "systemic opposition," meaning they are from nominally separate parties whose members nonetheless tend to vote for Putin's proposals. No voices of vocal, deep opposition made it into the chamber.  The result was that the Kremlin maintained its near total control of the country following an election deemed relatively fair.

"In terms of vote counting, it was probably quite fair, which the last election of 2011 clearly wasn't,” said Mikhail Fishman, editor-in-chief of the Moscow Times. “But in terms of the rules of the game, in terms of it being fair, elections are not just about vote counting, it is a process. When we look at the process, it is very far from being fair."

The few allegations of fraud in Sunday's election – including ballot stuffing dramatically captured on closed-circuit TV cameras at a few polling stations – there was little of the cheating that was alleged last time around.  Before the vote, the head of the Electoral Commission was replaced by a no-nonsense former human rights ombudsman who famously said "99 percent is no longer in vogue," and some laws were changed.

The opposition acknowledges that the vote was fair on the surface, but some say Putin’s machine has found new and ominous ways to silence those who disagree with him.

"Political persecution has been revived in the country,” said opposition member Ilya Yashin.  “There is a large smear campaign against the opposition in the country. And the propaganda that has been put out has turned very ugly and even violent recently."

Shortly before the election, the country's only independent public polling outfit was hamstrung.  It wasn't shut down, but it was classified as a "foreign agent" for its collaboration with a number of overseas institutions, like Gallup and Ipsos.

"This is a long trend of controlling, over-controlling, and discouraging political actors," said Denis Volkov, of the Levada Center. "To some part of the population, particularly to the older [members of the] public, who were raised in the Soviet Union and have this experience of living in the Soviet Union, this foreign agent label equals ‘the enemy of the nation.’ So it's a Soviet-style label and it's not very pleasant to have it, when it is not true."

The Levada Center, among other groups, put Putin's most recent popularity rating at 80 percent. That figure is surprising to some, given that the country is in recession, people have seen their living standards drop by as much as 10 percent in recent years, and economists have warned that Russia's National Reserve Fund could dry up next year.

Some say the image of Putin as defender of national pride floats above all that, and Fishman said the annexation of Crimea in 2014 was a turning point for people who had become largely discouraged by the political landscape and lack of choice,

"There was little hope left, the overall assessment was that nothing would change,” Fishman said. “The only thing left was our past, our force, that everyone else in the world would respect and probably fear us as a great state."

Russia's mid-terms, despite their comparatively low turnout and a certain malaise associated with economic downturn, delivered what Putin's spokesman called "an impressive vote of confidence from the people."

The elections may have rendered a judgement on Putin's leadership, but they give few clues about plans he has for taking Russia forward.  He is expected to run for re-election in 2018.