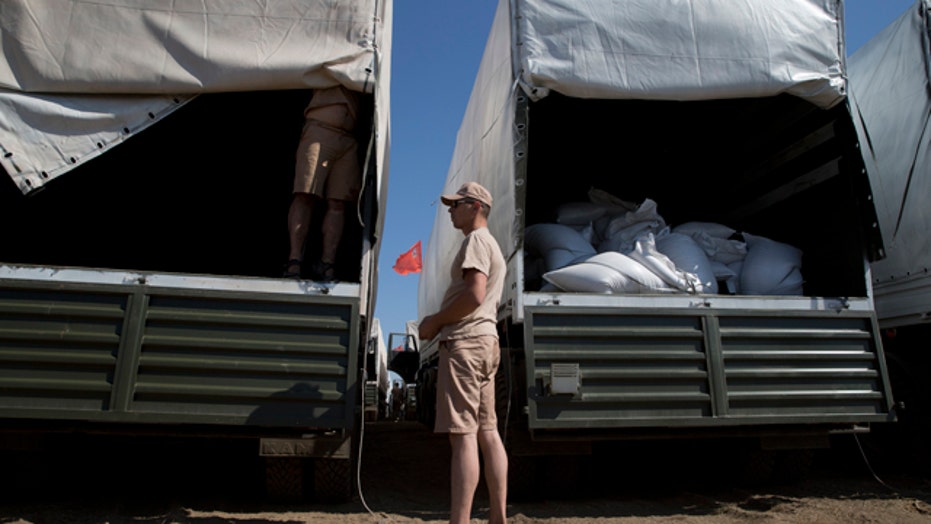 KAMENSK-SHAKHTINSKY, Russia – Hundreds of trucks in a Russian aid convoy are waiting near the Ukrainian border as complicated procedures drag on for allowing them into eastern Ukraine to help civilians suffering amid fighting between Ukrainian forces and separatists.

Ukrainian officials are concerned that the mission including around 200 trucks could be a guise for Russia to send in equipment for the rebels, whom Kiev and Western countries claim are backed by Moscow. But Russia and Ukraine reached an agreement under which the trucks could enter with Red Cross accompaniment if Ukrainian border guards and customs agents approve the cargo.

A representative of Russia's Emergencies Ministry on Saturday told The Associated Press that documents about the cargo have been given to Ukrainian officials who have come to Russia for the cargo inspection.