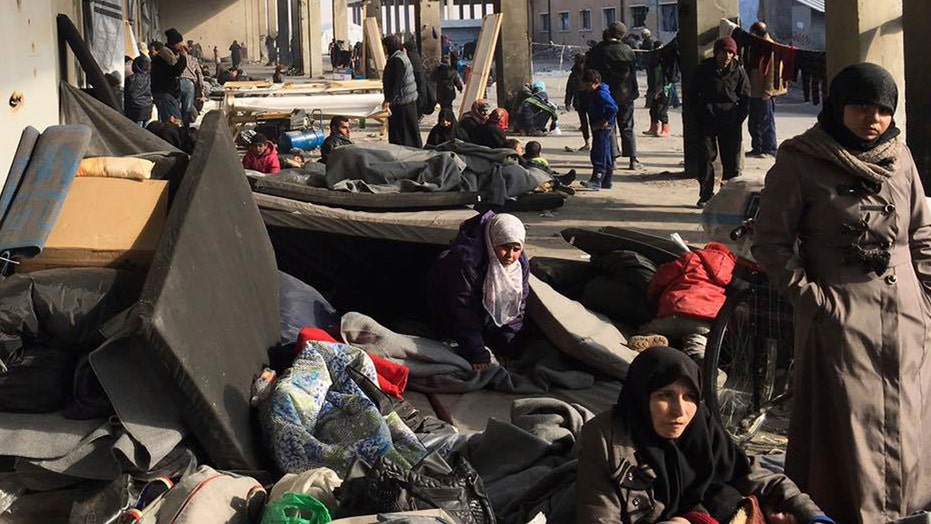 All military action in eastern Aleppo ended Tuesday as the Syrian government re-established control over the city, Russia’s U.N. ambassador said, in what -- if confirmed -- would represent a major victory for President Bashar Assad.

Vitaly Churkin spoke Tuesday near the end of an emergency meeting of the U.N. Security Council, saying "according to the latest information that we received in the last hour, military actions in eastern Aleppo are over."

He added, "the Syrian government has re-established control over eastern Aleppo."

The Associated Press was not immediately able to confirm that the fighting had stopped or that all the rebels had surrendered.

A LOOK AT KEY EVENTS IN SYRIA'S ALEPPO SINCE 2011

"We call on Russia and Assad to allow impartial, international observers into the city to oversee the safe evacuation of the people who wish to leave, but who justifiably fear that if they try, they will be shot in the street or carted off to one of Assad’s gulags," U.S. Ambassador to the U.N. Samantha Power responded.

Churkin said earlier that "all militants" and members of their families, as well as those wounded in the fighting, "currently are going through agreed corridors in directions that they have chosen themselves voluntarily, including toward Idlib," a rebel stronghold.

The evacuation of the remaining rebels would be a boost for Assad and return Syria's largest city to full government control for the first time since rebels seized the eastern half in 2012.

Syrian rebels said earlier Tuesday they reached an agreement with Russia for a cease-fire in Aleppo to evacuate remaining civilians and rebels from the bloodshed in a conflict that the U.N. is describing as a “complete meltdown of humanity.”

The announcement came amid reports that government forces had rounded up as many as 6,000 teenage and adult men who had been trying to escape the weeks-long assault on the eastern city.

The U.N., in a statement issued by the office of Secretary-General Ban Ki-moon, added that “government forces and their allies are also reportedly entering civilian homes and killing people.”

"Unfortunately, there is nothing we can do to get them out. Everyone is panicking. There is great fear,” Abdullah Othman, leader of the Consultative Council in the Levant Front, a rebel group, told The Daily Beast. "This morning 20 women committed suicide in order not to be raped.”

Othman said on Monday, 79 civilians who were trying to flee to regime-controlled areas of the city were executed at the barricades and others were taken to warehouses that resembled internment camps.

Osama Abu Zayd, a legal adviser for an umbrella group of rebel factions known as the Free Syrian Army, told The Associated Press the cease-fire went into effect Tuesday evening and the first group would start evacuating later Tuesday.

Yasser al-Youssef, a spokesman for the Nour el-Din el-Zinki rebel group, also confirmed the cease-fire, but there was no immediate comment from the Syrian government or Russia on the reports.

The Britain-based Syrian Observatory for Human Rights, citing contacts inside the Syrian security apparatus, said Tuesday the 6,000 teenage and adult men captured by the government were being pressed into military service. Syria has mandatory military service laws.

The Syrian army has suffered from severe manpower shortages and has come to rely on militias from Iraq, Iran, Lebanon, and Afghanistan.

The Observatory said the detainees were wanted for dodging military service. It added that officials were looking for men with cleanly shaven faces who may have fought on the side of rebels.

Elsewhere in Aleppo, reports emerged of women and children being trapped under rubble and crying out for help.

The U.N.'s children agency said in a statement on Tuesday that there could be more than 100 unaccompanied children trapped in a building under fire in eastern Aleppo, citing a report from an unnamed doctor in the city.

Jens Laerke, a U.N. humanitarian spokesman, said the situation looked like "a complete meltdown of humanity,” according to Reuters.

None of the residents reached by The Associated Press witnessed the alleged killings. Their statements reflected the deepening chaos in the remaining rebel-held areas of Aleppo. Mohammed Abu Rajab, the administrator of the last remaining clinic in rebel-held parts of the city, said people who were killed or wounded are being left in the streets.

Monther Etaky, a resident of eastern Aleppo, said he also heard reports of summary killings and knows the name of three families who have reportedly been killed.

"The last news about mass executions of the people who are arrested by the Assad regime and reports of hundreds of men disappeared, missing and thousands taken to fight with the Assad army, all that will push people to stay here," Etaky said.

The U.N.'s human rights office said it has received reports of pro-government forces killing at least 82 civilians in four neighborhoods of the rapidly-shrinking rebel enclave, including 11 women and 13 children.

A press release by the U.N. human rights office in Geneva said that multiple sources reported that tens of civilians were shot dead on Monday in al-Ahrar Square in Kallaseh neighborhood, and also in Bustan al-Qasr, by government forces and their allies, including an Iraqi Shiite militia known as al-Nujabaa.

The dramatic appeals for sparing civilian lives came a day after the Syrian military announced it now holds 99 percent of the former rebel neighborhoods of Aleppo, signaling an impending end to the rebels' four-year hold over parts of the city.

Russia, which has been a key ally of Assad, said the rebels are holding out in a neighborhood roughly the size of 1.16 square mile

Retaking Aleppo would be Assad's biggest victory yet in the civil war. Aleppo has long been regarded as a major gateway between Turkey and Syria.

French President Francois Hollande on Tuesday pressed for Russia to facilitate humanitarian aid to civilians trapped in rebel-held parts of the city, saying the Aleppo "humanitarian situation ... is unacceptable."

The French leader said 120,000 people were being "held hostage, there is no other word for it -- who are victims of bombing, who are victims of repression" in Aleppo and that everything must be done to allow the population's evacuation.

"Without the Russians, there is no Syrian regime that can carry out operations" on the scale of what is happening in Aleppo, Hollande added, saying that the Russians "will be responsible for a situation that they helped create if they do nothing to allow access for humanitarian aid."

Russia said it was fed up with calls for a halt to the fighting, singling out the Obama administration, which has spent months trying to negotiate a cease-fire.

"We are tired of hearing this whining from our American colleagues in the current administration that we need to immediately halt military action," Foreign Minister Sergey Lavrov told journalists Tuesday during a visit to Serbia.