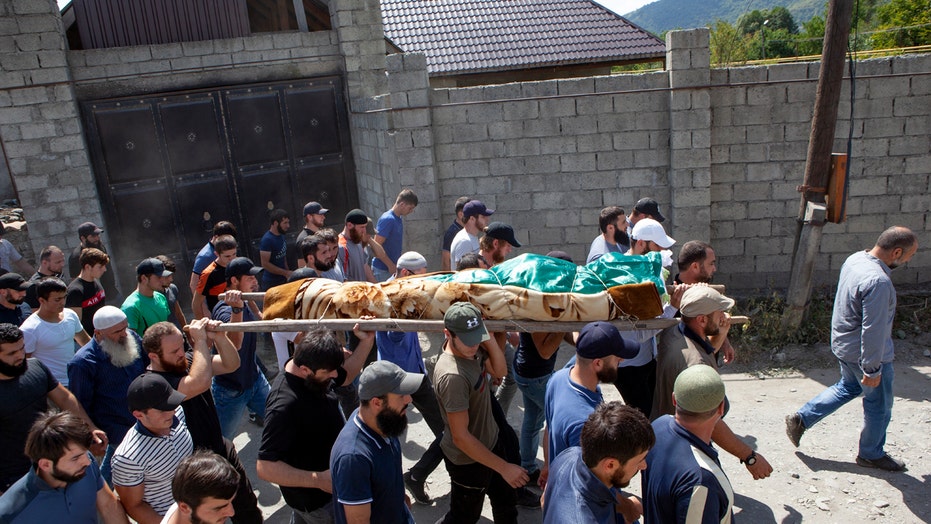 Two Russian diplomats have been expelled from Germany after federal prosecutors announced Wednesday they suspect Moscow's involvement in the brazen daylight slaying over the summer of a Chechen exile in a Berlin park.

The Federal Prosecutors Office said there was "sufficient factual evidence" to indicate the man's murder was carried out on behalf of the Russian state or by the Chechen republic, and that it was taking over the investigation.

The "execution-style" happened around noon on Aug. 23 at Kleiner Tiergarten park in the Berlin neighborhood of Moabit, when 40-year-old Tornike K. was shot and killed by a man on a bicycle. The 40-year-old, who has widely been identified in reports on the killing by his alias Zelimkhan Khangoshvili, was a Georgian citizen of Chechen ethnicity who fought against Russian troops in Chechnya.

The cyclist, identified as a 48-year-old Russian man, was arrested shortly afterward. The Berlin State Prosecutor's office said on Twitter at the time the suspected weapon and bike were recovered in a nearby river.

The Russian national, identified as only Vadim K., has been in custody since the slaying. Prosecutors said he also went by the alias Vadim S., and German and international news outlets have reported he had links to organized crime in Russia.

In this Aug. 29, 2019 file photo people carry the body of the victim who has been identified as Zelimkhan Khangoshvili, who was shot dead in Berlin. (AP Photo/Zurab Tsertsvadze)

An eyewitness told the Berliner Morgenpost newspaper at the time that the attack looked like an "execution-style" killing, and that the suspect approached the 40-year-old victim from behind, shooting him twice in the head.

Khangoshvili had previously survived multiple assassination attempts and continued to receive threats after fleeing to Germany.

The case threatens to inflame tensions between Russia and Germany, and prosecutors' spokesman Markus Schmitt told The Associated Press on Wednesday his office decided to take over the investigation from Berlin state prosecutors after the political nature of the case that has come to light.

"There are enough indications of the fact that the death of Tornike K. was either contracted by government offices of the Russian Federation or the autonomous Chechen republic as part of the Russian Federation" to suggest a political motive, Schmitt's office said in a statement, using only a last initial for the victim in line with German privacy laws.

Germany's Foreign Ministry announced the expulsion of two employees of the Russian Embassy in Berlin after prosecutors disclosed they suspect Moscow's involvement in the case.

Is Vladimir Putin the new power broker in the Middle East?

President Trump touts a 'great outcome' in Syria as Russia and Turkey agree on a plan to patrol the northern border.

“Russian authorities, despite repeated, high-level and insistent demands, did not participate enough in the investigation,” the Foreign Ministry said in a statement. It did not identify the names or the functions of the two diplomats being expelled.

Russian officials called the actions by Berlin “groundless” and “unfriendly," and rejected allegations from Germany that it was behind the murder. Kremlin spokesman Dmitry Peskov told reporters on Wednesday there are “no serious suspicions there, and there can’t be.”

“What do Russian authorities have to do with it?” he asked, calling the allegations “absolutely groundless suggestions.”

The Russian Foreign Ministry added that the “politicized approach to the investigation is inappropriate” and promised to take “reciprocal measures.”