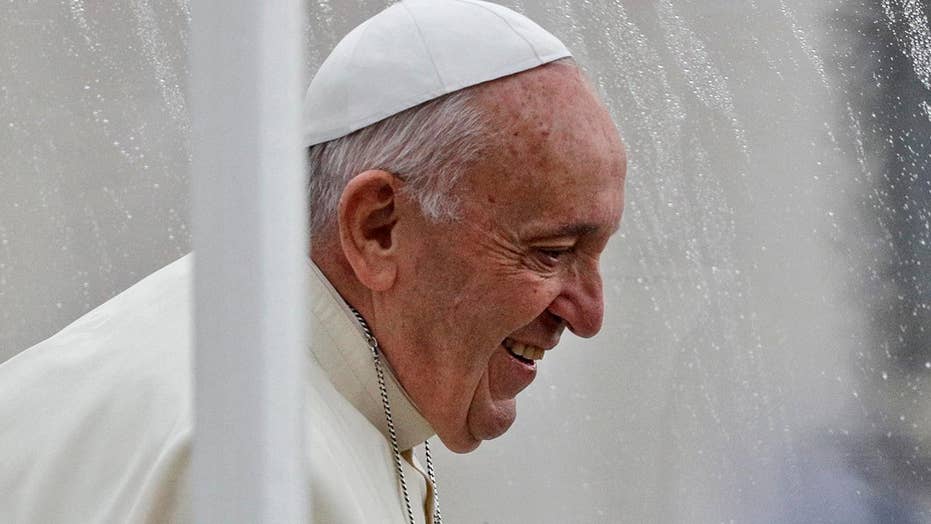 Pope Francis, speaking before a packed stadium of devoted followers in a Bangkok stadium on Thursday, urged the international community to respect women and children who have been forced into prostitution or human trafficking.

Francis, 82, delivered the remarks at the tail end of his tour in Thailand, a country beloved by tourists but notorious for an unfettered sex industry and rampant human trafficking.

Pope Francis greets the faithful from his "popemobile" as he arrives for Mass in Bangkok on Thursday.  (AP)

Clad in a golden robe made of Thai silk, Francis encouraged the estimated crowd of 60,000 to help vulnerable children and women “who are victims of prostitution and human trafficking, humiliated in their essential human dignity.”

He also called for compassion toward drug addicts, migrants and “exploited sinners and bypassed beggars.”

“All of them are part of our family,” he said. “They are our mothers, our brothers and sisters. Let us not deprive our communities of seeing their faces, their wounds, their smiles and their lives.”

Official estimates cited by AFP say Thailand houses at least 300,000 sex workers – despite prostitution being technically illegal. Around 4 percent of those workers are presumed to be trafficked.

The United Nations considers Thailand a key trafficking destination as well as a source of forced labor and sex workers who are trafficked at home or abroad. The U.N. drug and crime agency said in a report this year that trafficking for sexual exploitation accounted for 79 percent of all trafficking cases in Thailand from 2014 to 2017. Of the 1,248 victims detected, 70 percent were underage girls, the report said, citing data from Thai authorities.

Francis is the first pope in 35 years – after Pope John Paull II – to visit Buddhist-majority Thailand.

He travels to Japan on Saturday, where he is scheduled to visit Hiroshima and Nagasaki – the sites devastated by U.S. atomic bombs at the end of World War II. There, he's expected to call for a ban on “immoral” nuclear weapons.