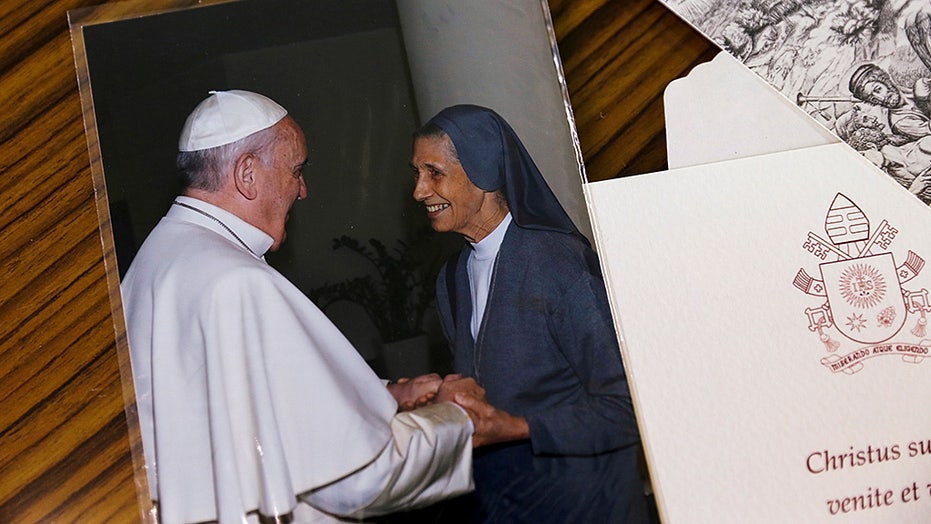 Pope Francis is making his first trip to Thailand this week -- the second papal visit to the mostly Buddhist country -- as part of a seven-day journey to Asia and he will have a special reunion with a family member.

His Catholic cousin, Sister Ana Rosa, a 77-year-old missionary who has been in the country for 54 years, will be translating for the Holy See during the trip.

"We are a big family and we'd all get together for feasts, for celebrations," Rosa recently told Sky News about her childhood in Buenos Aires, Argentina, as the second cousin to Francis. The two had the same great-grandfather.

"He's my cousin, but he's also the Pope. We talk about the things that all relatives do when they meet," she added. "I don't call him His Holiness, I call him Jorge."

The pope's birth name is Jorge Mario Bergoglio. He adopted the name Francis in honor of Saint Francis of Assisi when he was named pope.

Rosa says Thailand is "excited" to see him, but she regrets that he won't be able to see "real Thailand" and visit the poorer parts of the nation.

Pope Francis on arrival at Bangkok Airport for his first visit to Thailand. (Vatican Media)

"That's who he is working for. Nobody talks about the poor. But he's doing whatever he can for them," Rosa concluded. "He is a pope for this era, for this time."

Pope Francis touched down in Bangkok on Wednesday and will remain until Nov. 23 when he heads to Japan, promoting the small Catholic communities in the countries and promoting interfaith dialogue, and defending life and the environment, according to the Vatican.