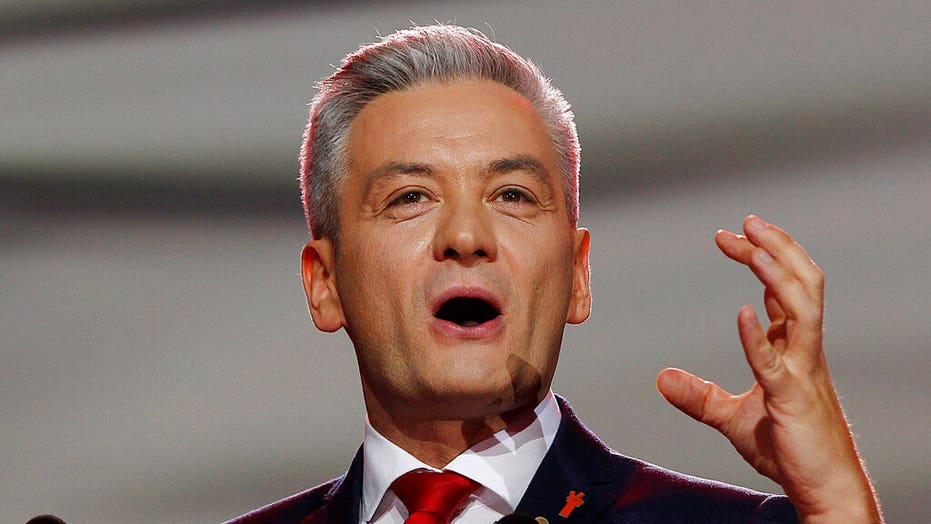 A left-wing Polish politician is being hailed a hero across the political spectrum for rescuing a 2-year-old boy and his father from a burning car.

Robert Biedron, 43, sprang into action after he witnessed the car collide with a truck in Tabor, about 25 miles south of Warsaw, on Monday evening. Fire officials said Biedron helped the father and child until rescue officials arrived.

Robert Biedron, a left-wing politician in Poland, is being widely praised for his heroic efforts on Monday. (OSP REGUT/Facebook)

Local firefighters posted a photo on Facebook of themselves with Biedron, praising him and saying that "like a real fireman he went to the burning car with a fire extinguisher."

Biedron made history by becoming the first openly gay politician to win a seat in Poland's national parliament in 2011. Despite his political leanings, even conservative commentators on social media and the right-wing media gave favorable coverage to Biedron's rescue.

But it's not clear whether Biedron's heroics will help lift the fortunes of a left-wing alliance that his Spring party belongs to in parliamentary election on Sunday. The alliance is polling in third place, far behind the ruling nationalist conservative Law and Justice party, which has the support of over 40 percent of the electorate, and the centrist Civic Coalition, in second place.

For a time, the youthful and charismatic Biedron was seen as a rising political star who might revive Poland’s anemic left amid a surge of right-wing populism. However, Biedron's popularity has faltered following some missteps, including going back on some promises.