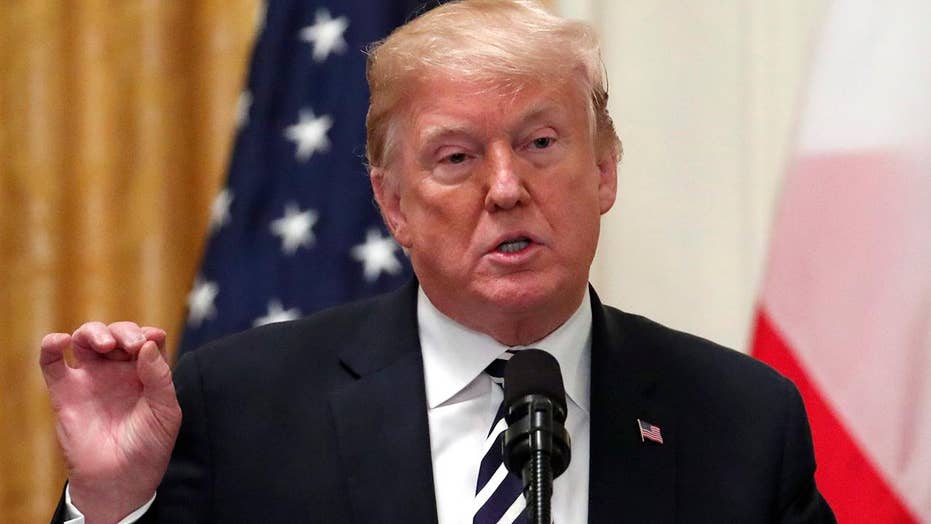 WARSAW, Poland – The small European country that played a central role in two seminal events of the 20th century – the beginning of World War II and the fall of Soviet communism – is today key to deterring Russia’s aggressive military ambitions, officials say as they anticipate a strong U.S. military buildup.

Poland, which borders a sliver of Russian territory, already has been surging its defense spending. And President Trump has committed to stationing 2,000 troops in Poland, adding to the 4,000 already there, in what has been unofficially nicknamed “Fort Trump.” The Polish government has offered to spend $2 billion toward a base or several bases for locating the additional soldiers. Poland is also buying 32 F-35A fighter jets from the United States.

PENCE IN WARSAW PUSHES ALLIES TO 'LIVE UP TO' DEFENSE COMMITMENTS

“Trying to look at it from the U.S. perspective, Poland is centrally located on the Eastern flank. You cannot think of an effective deterrence without Poland,” said Tomasz Szatkowski, Poland’s ambassador to the North Atlantic Treaty Organization.

“We are pro-U.S. We understand the burden sharing, which I think makes us a good partner for the U.S. From my perspective, this is a mutual interest for security,” he added. “There is no better deterrence for aggressive Russian behavior and serious military capabilities. That doesn’t mean we want to be provocative towards Russia. That is not the case. It’s about a responsible policy.”

US AND POLAND SIGN AGREEMENT TO COOPERATE ON 5G TECHNOLOGY

Polish President Andrzej Duda is set to visit the United States this weekend. This comes weeks after Vice President Pence visited Poland on Sept. 1 to mark the 80th anniversary of the Nazi Germany invasion of the country that commenced World War II.

While in the country, Pence called on allies to meet their defense obligations. NATO policy calls for each of the 28 member nations to invest 2 percent of its gross domestic product in defense. But the United States and Poland are two of only seven countries to meet that obligation, or what’s typically called “burden sharing.” The Polish Ministry of Defense reportedly plans to spend 2.5 percent of its GDP on defense by 2030.

During the Cold War, Poland was part of the Soviet-led counterweight alliance to NATO, known as the Warsaw Pact. In June, the country marked the 30th anniversary of its first free election since the Cold War began where voters rejected communist candidates. The country also marked 20 years since becoming a NATO member in 1999.

Under the agreement among nations, if one NATO member is attacked, the other members would come to its assistance.

The Second World War has certainly left scars, Szatkowski said. The ambassador stressed that Poland is not paranoid about the scenario of Russian President Vladimir Putin actually attacking the country. However, after Russia’s actions toward neighboring Georgia and Ukraine, the NATO alliance cannot dismiss the possibility.

“We don’t want to over-exaggerate in any way, yet, NATO itself recognizes the gravity of the fact that Russia has been investing for almost 20 years in expanding its military capabilities. Deterrence allows you to enter a dialogue,” Szatkowski said. “It’s also prudence for us and NATO to be prepared. It’s about being just prepared and also it’s about being able to enter more effectively in the dialogue.”

Citizens in Poland offer some differing views about an increased military presence.

“I want more of the army from the U.S., so we can feel safe. We never like Russians and have always felt close to the United States people,” said Malgorzata Michalek, of Sandomierz, a town in southeastern Poland.

However, Jarey Baster, of Tarnobrzeg, a city in southeastern Poland, worries a U.S. troop build-up could have unintended consequences.

“If we brought American soldiers here, I worry what Russia will do if they will be scared. Russia might bring their army closer to Poland,” Baster said.