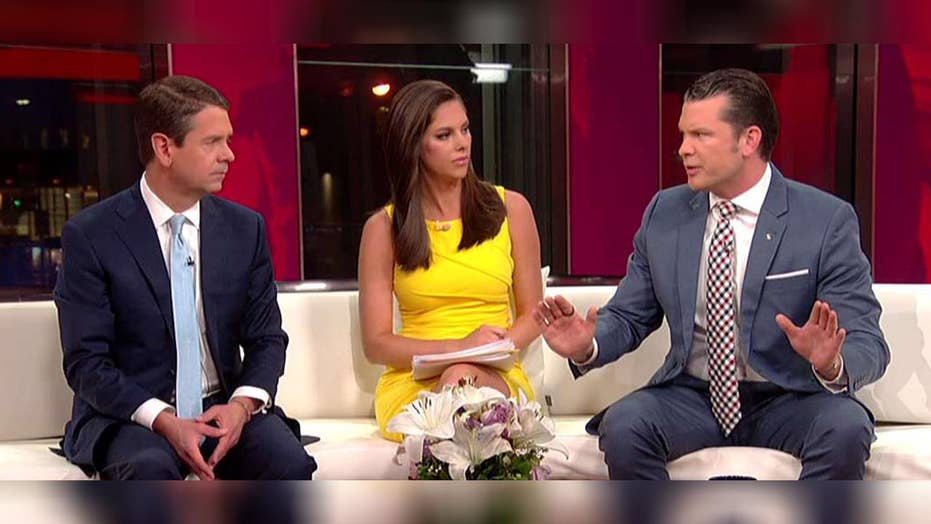 Although the recent Syrian airstrikes were double the size of last year’s, President Trump reportedly selected one of the more restrained proposals designed by the Pentagon.

The Wall Street Journal, citing unnamed sources, reported that Trump was presented with a wide array of options. There were intense discussions on the best approach after Defense Secretary Jim Mattis presented the three military options, the report said.

Trump chose a restrained response. The paper reported that the most expansive proposal included airstrikes on Russian air defense capabilities in Syria. The attack would have been three times the size of the operation carried out—which included 100 advanced missiles launched at three targets.

Trump reportedly wanted his team to consider the strikes on Iranian and Russian targets, but Mattis resisted. Mattis reportedly warned of a possible Russian and Iranian response.

Russia has military forces, including air defenses, in several areas of Syria to support President Bashar Assad in his long war against anti-government rebels.

The nighttime Syria assault was carefully limited to minimize civilian casualties and avoid direct conflict with Syria's key ally, Russia, but confusion arose over the extent to which Washington warned Moscow in advance.

The Pentagon said it gave no explicit warning. The U.S. ambassador in Moscow, John Huntsman, said in a video, "Before we took action, the United States communicated with" Russia to "reduce the danger of any Russian or civilian casualties."

As of Monday morning, neither Syria nor its Russian or Iranian allies retaliated, Pentagon officials said.

The U.S.-led operation won broad Western support. The NATO alliance gave its full backing; NATO Secretary-General Jens Stoltenberg said in Brussels that the attack was about ensuring that chemical weapons cannot be used with impunity.