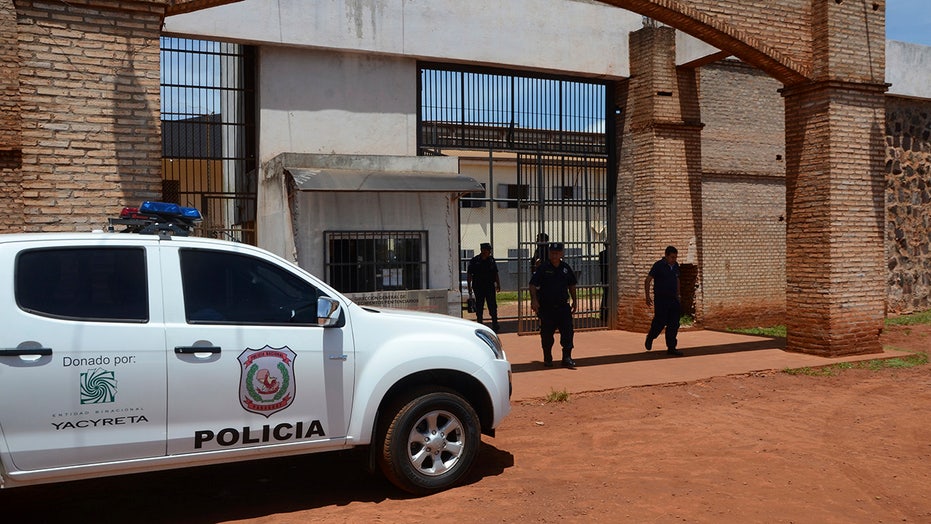 Officials in Paraguay were investigating the mass escape of at least 75 “highly dangerous” inmates, including members of Brazil’s most infamous gang, from a prison on Sunday through a tunnel they dug, authorities said.

The tunnel and as many as 200 bags of earth stashed in cells were discovered at the city jail in Pedro Juan Caballero near the border with Brazil, police and government officials said.

The operation was "like we see in the movies, complete with internal lighting," police spokeswoman Elena Andrada said, according to AFP.

Government officials said they suspect prison officials were aware of the operation, firing the prison’s director and six other officials following the escape, Reuters reported.

“It's not possible that nobody saw anything in all this time,” Justice Minister Cecilia Pérez told the Telefuturo station. “This isn't the work of one day or one night.”

INMATE CARVES WAY OUT OF JAIL AND IS ON THE RUN, TEXAS POLICE SAY

Interior Minister Euclides Acevedo said in a statement that the tunnel itself may have been a ruse to cover complicity by prison officials and that many of the inmates may have been allowed to walk out of the prison's main gate.

The majority of the escapees belong to the First Capital Command based in Brazil, Acevedo said. The gang was founded in the 1990s inside a Sao Paulo prison and it has extended its influence throughout the country.

Acevedo said national police had been mobilized to hunt for the escapees, believing them to still be in Paraguay.

“In that area, there are many woods and they know the territory ... these are highly dangerous people,” Paraguayan Attorney General Sandra Quinonez told radio station Monumental, according to Reuters.

In Brazil, the government increased security along its border to help Paraguay capture any escapees trying to cross into the country, Justice Minister Sergio Moro said.

“If they enter Brazil again, they will only get a one-way ticket to federal prison,” he tweeted.

The border region near Pedro Juan Caballero is considered a hotspot for drug trafficking and other criminal activity, according to officials