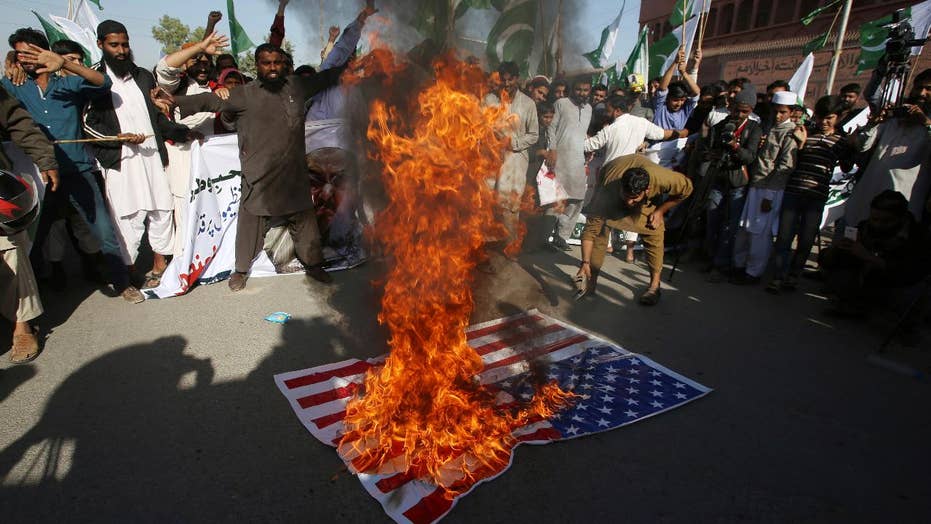 Mass protests in Pakistan in response to Trump tweet

President threatens to withdraw funding over country's 'lies and deceit'; Benjamin Hall reports on the fallout.

ISLAMABAD – Pakistan has summoned the U.S. ambassador and Islamic groups have held rallies in major cities after U.S. President Donald Trump lashed out at the country over its alleged support for extremists.

In a New Year's Day tweet, Trump said the U.S. had "foolishly" given Pakistan more than $33 billion in aid and had gotten nothing in return but "lies & deceit," saying Pakistan gives "safe haven to the terrorists we hunt in Afghanistan."

Hundreds of supporters of the Jamaat-ud-Dawa group chanted against Trump at a rally in Lahore and called for the U.S. ambassador to be expelled. Jamaat-ud-Dawa is headed by Hafiz Saeed, the founder of a militant group blamed for the 2008 Mumbai attacks, who lives openly in Pakistan despite a $10 million reward offered by the State Department.