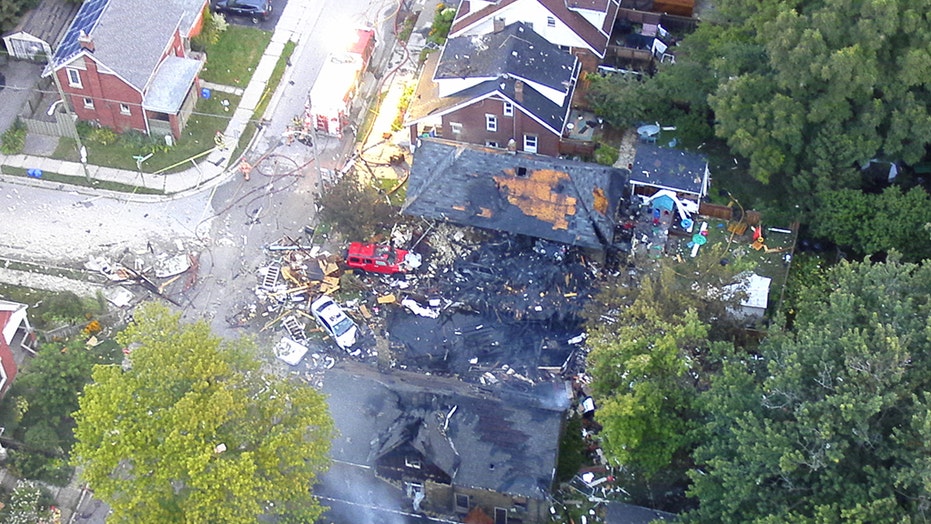 A woman driving drunk lost control and drove into a house, igniting a massive gas explosion and fire that devastated a neighborhood in Ontario, Canada, authorities said.

Wednesday night's incident in the city of London forced the evacuation of 100 homes, officials said.

They said Friday that a dozen homes sustained damage. Three of those homes suffered extensive damage and had to be demolished.

Residents of the other 88 homes returned overnight Friday, officials said.

“The building blew sky high, glass coming out from other buildings,” he told the channel. “It was a fireball.”

BODIES FOUND IN CANADA ARE CONFIRMED AS WANTED KILLERS; CAUSE OF DEATH APPEARS TO BE SUICIDE BY GUNFIRE

A dozen homes were damaged after a hugh gas explosion in London, Ontario, that police blamed on a drunk driver. (City of London)

Police blamed Daniella Alexandra Leis, 23, of Kitchener, for the crash that touched off the blast.

Mayor Ed Holder said Friday that the recovery will take a long time.

“This has been an extremely stressful and uncertain time for many, but Londoners have risen to the occasion to support their neighbors,” he said.