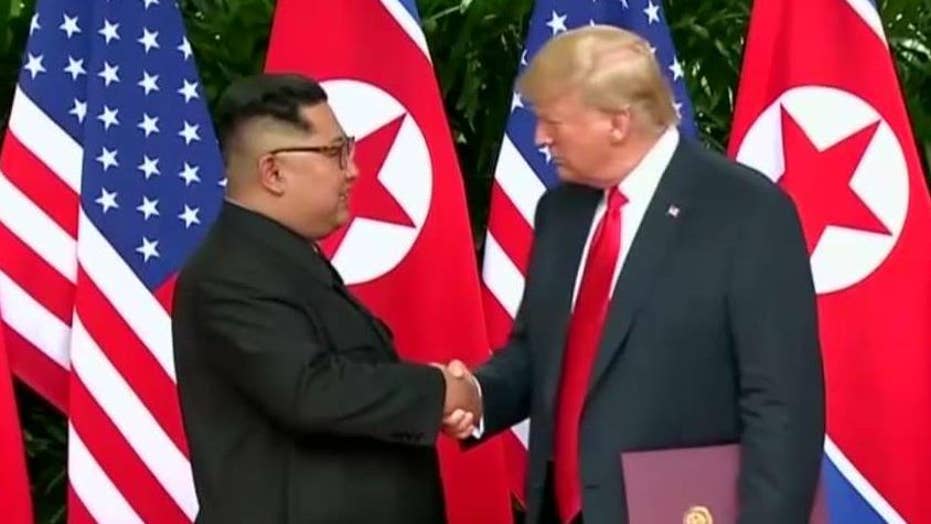 A previously undisclosed North Korean ballistic missile base has been discovered, according to a new report released by a Washington, D.C.-based think tank.

The Center for Strategic and International Studies (CSIS) revealed that the base, called Sino-Ri, is the oldest of 20 that North Korea has kept undisclosed.

Located just 132 miles from the demilitarized South Korean border, it is said to be capable of “an operational-level nuclear or conventional first strike capability against targets located both throughout the Korean Peninsula and in most of Japan,” USA Today reports.

The Sino-Ri base was reportedly first used to house its Nodong medium-range ballistic missile in the 1908s, and Pyongyang’s Scud missiles in the 1990s. More recently, it is believed that the base may have played a role in the development of the Pukkuksong-2 (KN-15) medium-range ballistic missile in 2017, which is capable of carrying a nuclear warhead.

The Center for Strategic and International Studies (CSIS) reveals that they have discovered what they say is the oldest of 20 secret ballistic missile bases in North Korea, pictured here <br> (European Space Agency)

North Korea acknowledged firing a missile over Japan for the first time in August 2017, when photos were captured of its intermediate-range strategic ballistic rocket Hwasong-12 lifting off from the launching pad at an undisclosed location near Pyongyang.

The discovery of North Korea's secret missile base comes less than a week after the White House confirmed President Trump will meet with North Korean dictator Kim Jong-Un at another summit in late February. The two first met in June of 2018 - the first ever meeting of the two countries' leaders. Following that meeting, President Trump tweeted that there is "no longer a Nuclear Threat from North Korea."

The second summit is slated to take place in Vietnam, according to Bloomberg. After the announcement of the second summit, President Trump said that “things are going very well with North Korea,” and that Washington and Pyongyang “have made a lot of progress as far as denuclearization is concerned.”

In light of the discovery of the Sino-Ri base, the CSIS report asserted the necessity for complete transparency in regard to the entirety of North Korea's missile bases.

“While diplomacy is critical, and should be the primary way to resolve the North Korean nuclear problem, any future agreement must take account of all of the operational missile base facilities that are a threat to U.S. and South Korean security,” the report said.