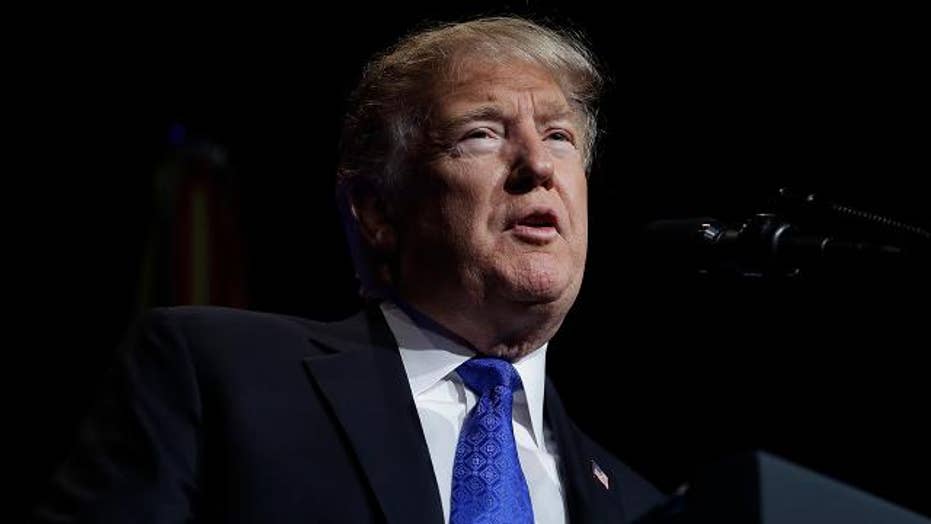 Trump: It's not enough to keep pace with our adversaries, we must outpace them at every turn

President Trump announced a new, more aggressive space-based missile defense strategy Thursday to counter threats from North Korea and Iran and to compete with advanced weapons systems being developed by countries like China and Russia.

The president laid out his administration’s Missile Defense Review — the first compiled since 2010 – during a speech at the Pentagon, where he highlighted the threat the United States faces from new missile technologies being developed by foreign nations and the growing importance of weaponizing space.

“The world is changing,” Trump said. “The United States cannot simply make incremental changes…It is not enough to just keep pace with our adversaries.”

The president did not mention Russia, China or North Korea in his 20-minute remarks, but Acting Defense Secretary Patrick Shanahan, who also spoke, did.

"North Korea's missiles remain a significant concern. So do Iran's," Shanahan said. "America's competitors, including China and Russia, are increasing their missile system capabilities [and] adding new and sophisticated missiles to their arsenals."

The Trump administration sees space as a critical area for advanced, next-generation capabilities to stay ahead of threats. Late last year, the president signed a memorandum directing the Pentagon to begin the establishment of the United States Space Command that will pursue programs like anti-satellite weapons, missile detection capability and space-based solar power to counter mounting space threats from Russia and China

As part of the U.S.’s move into space defense, Trump announced on Thursday that he is including a space-based missile defense layer in the Pentagon’s upcoming budget to more quickly detect enemy missiles when they are launched. The administration also plans to study the idea of basing interceptors in space, so the U.S. can strike incoming enemy missiles during the first minutes of flight when the booster engines are still burning. 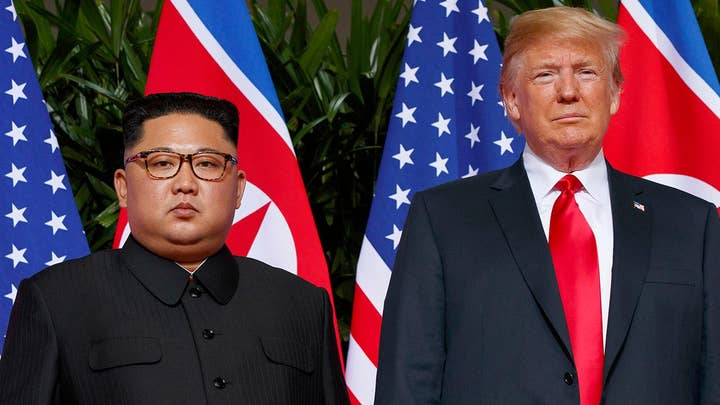 “We will terminate any missile launched from hostile powers,” Trump said. “We will ensure that enemy missiles will find no sanctuary.”

The president added: “We are a good player, but we can be far worse than anybody.”

The review also recommended constructing 20 new ground-based interceptors in Alaska, as well as a new interceptor site in the continental U.S.

Congress, which ordered this review, already has directed the Pentagon to push harder on this "boost-phase" approach, but officials want to study the feasibility of the idea and explore ways it could be done.

"While it is true that the missile threat environment America now faces is different, the answer is not to build a wall in space," Markey said. Adding that Trump's "misguided rush to weaponize space would be as ineffective, costly, and dangerous as it was more than three decades ago when it was soundly rejected."

The new strategy is aimed at better defending the U.S. against potential adversaries, such as Russia and China, who have been developing and fielding a much more expansive range of advanced offensive missiles that could threaten America and its allies.

“The United States will adjust its position to defend against any missile strikes to include cruise and hypersonic,” Trump said.

For example, Russian President Vladimir Putin unveiled new strategic weapons he claims can't be intercepted. One is a hypersonic glide vehicle, which could fly 20 times faster than the speed of sound and make sharp maneuvers to avoid being detected by missile defense systems. 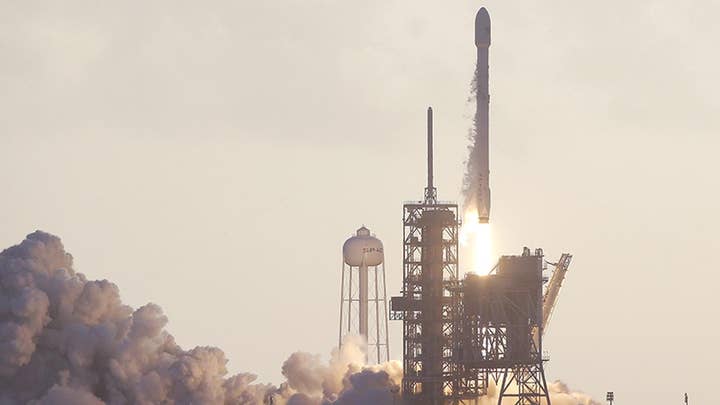 The expansion of the scope and cost of missile defenses puts the program in competition with other defense priorities, including the billions of extra dollars the Trump administration has committed to spending on a new generation of nuclear weapons. An expansion also would have important implications for American diplomacy, given long-standing Russian hostility to even the most rudimentary U.S. missile defenses and China's worry that longer-range U.S. missile defenses in Asia could undermine Chinese national security.

Asked about the implications for Trump's efforts to improve relations with Russia and strike better trade relations with China, an administration official said that the U.S. defense capabilities are purely defensive and that the U.S. has been very upfront with Moscow and Beijing about its missile defense posture.

Viktor Bondarev, a Russian lawmaker, told the Interfax news agency that the administration's missile plan would ramp up global tensions.