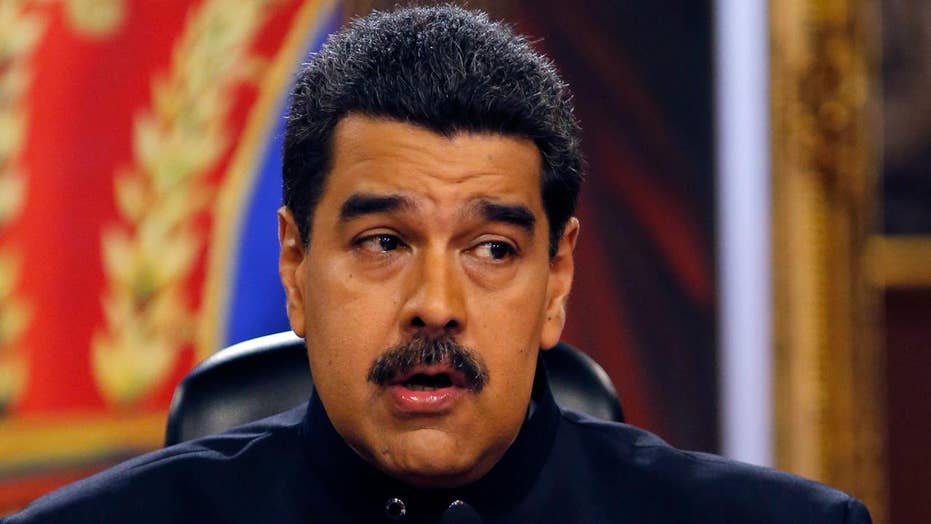 He allegedly stole a helicopter and shot at two government buildings.

He released a video, an assault rifle right beside him, in which he bashes a president who punishes critics, and in which he urges his compatriots to rise up against a plan to rewrite the constitution.

He’s Oscar Perez, a Venezuelan policeman and self-appointed liberator of the South American nation who made headlines worldwide when he reportedly stole a police helicopter and shot 15 bullets at the Interior Ministry. Venezuelan President Nicolas Maduro’s administration also said that Perez dropped at least two grenades over the Supreme Court building.

"If this constitutional assembly goes through, Venezuela will cease to exist because we'll have given away the country to the Cubans," Perez said in the five-minute video.

He said he was ready for the "second phase" of his campaign to free his homeland from what he called the corrupt rule of Maduro and his "assassin" allies.

Perez gave no other details but pledged to join youth who have been protesting on the streets the past three months against Maduro.

"Stop talking. Get on the streets. Take action. Fight," he said in the video.

"If this constitutional assembly goes through, Venezuela will cease to exist because we'll have given away the country to the Cubans," he said.

The bold though largely harmless June 27 attack shocked Venezuelans who had grown accustomed to almost-daily clashes since April between often-violent youth protesters and security forces that have left more than 90 people dead and hundreds injured.

While Maduro claimed Perez had stolen the helicopter on a U.S.-backed mission to oust him from power, many in the opposition questioned whether the incident was a staged by the government to distract attention from the president's increasingly authoritarian rule.

Adding to the intrigue is Perez's colorful past.

In 2015, he produced and starred in a film called "Suspended Death," and several photos show him in fatigues, scuba diving while toting an assault rifle, skydiving and standing in action poses with a German shepherd by his side. In his political debut, he read a manifesto in which he claimed to be part of a group of disgruntled members of Venezuela's security forces determined to save the country's democracy.

Maduro said a massive loss of life was avoided because Venezuela's air defense system was quickly activated. But Perez said in the video that the strike produced no casualties because he had taken care to avoid them.

Neither of the buildings he attacked suffered damage. The helicopter he stole was found 24 hours later, abandoned in a verdant valley near the Caribbean coastline outside Caracas.

"They are going to have to put the entire nation in jail to stop our mission," he said in the new video, which had been seen online some 135,000 times within a few hours after its release.