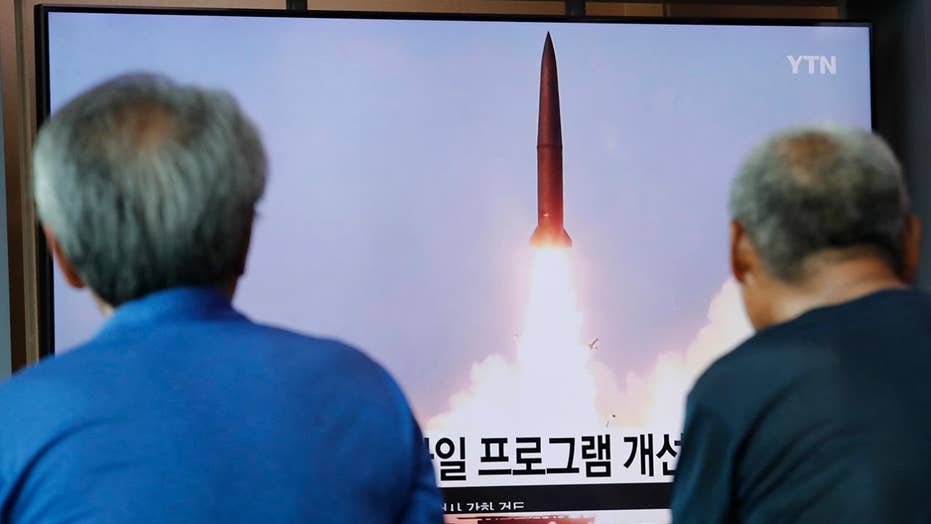 A U.S. official told Fox News Monday that North Korea had launched two short-range ballistic missiles from its west coast that flew over the rogue nation before splashing down into the Sea of Japan. KCNA claimed the missiles accurately hit an island target off North Korea's eastern coast.

The most recent launches were the regime’s fourth round of missile tests in less than two weeks and came minutes before the North's Foreign Ministry denounced Washington and Seoul over the start of their joint exercises on Monday. The ministry's statement said the drills, which North Korea sees as an invasion rehearsal, leave the country "compelled to develop, test and deploy the powerful physical means essential for national defense." 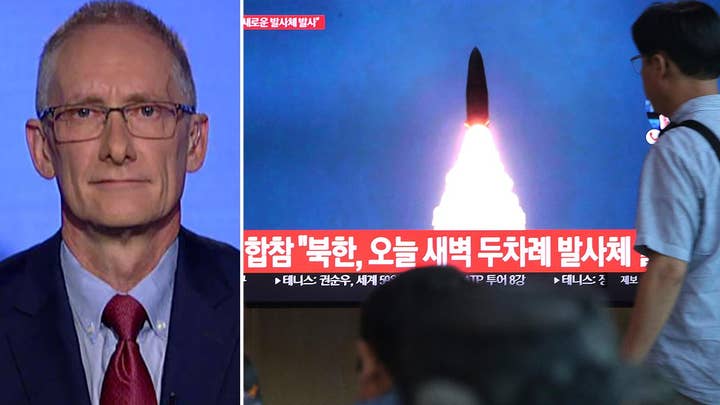 The launches also came amid a standstill in nuclear negotiations and after President Trump repeatedly dismissed the significance of the country's recent tests despite the threat the weapons pose to allies South Korea and Japan and to U.S. bases there.

The foreign ministry statement said Pyongyang remains committed to dialogue, but it may look for a “new road” if Washington and Seoul don’t change their positions.

Seoul's Joint Chiefs of Staff said the projectiles traveled about 279 miles on an apogee of 23 miles at a maximum speed of above Mach 6.9 before landing in waters off the country's eastern coast.

It said the projectiles showed similar flight characteristics to short-range missiles North Korea fired on July 25, which traveled about 373 miles during launches the North described a "solemn warning" to South Korea over its plans to continue military drills with the United States.