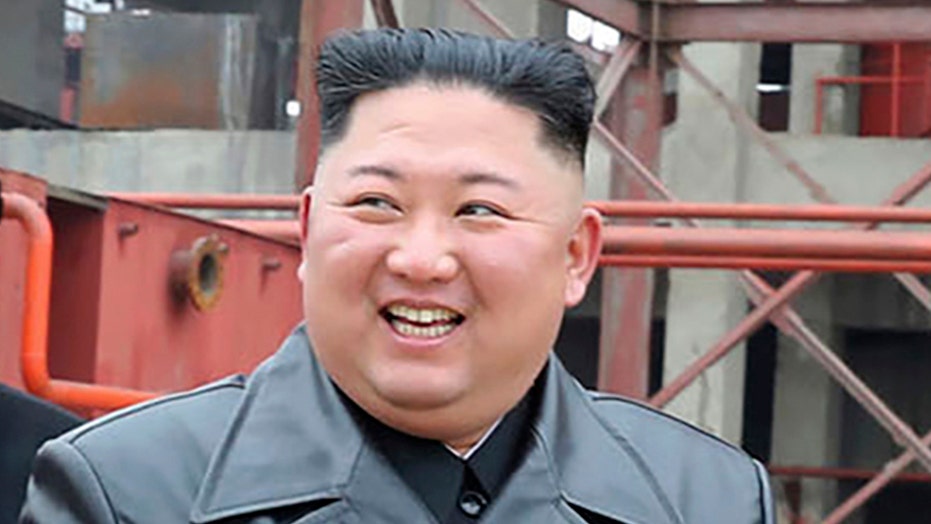 Just when you thought North Korean propaganda couldn’t get any weirder, this happens.

Bizarre footage has surfaced showing the Hermit Kingdom’s female soldiers singing and dancing in front of Kim Jong Un, backed by a trio playing a guitar, drums and an accordion.

The dictator – watching the performance unfold as he sits at a desk on the other side of a long, narrow room – at first appears unsure what to think. He then bursts out in applause.

The strange scenes are part of a documentary about two and a half hours long that highlights Kim’s exploits in 2019, according to NK News.

It also has clips of Kim inspecting just about everything, ranging from bowls of soup to bathroom sinks.

In one part, Kim enters a school gym and is met with cheers from hundreds of children, whom he later poses with in a rather large group photo. Some of the children are shown wiping tears from their eyes as they get close to the dictator.

Another part shows Kim trying to talk to officials as he rides on a boat racing through the sea, with the wind whipping into his face. He then is helped down a ramp onto a beach as the crew makes an amphibious landing.

The year 2019, surely, was an eventful one for North Korea.