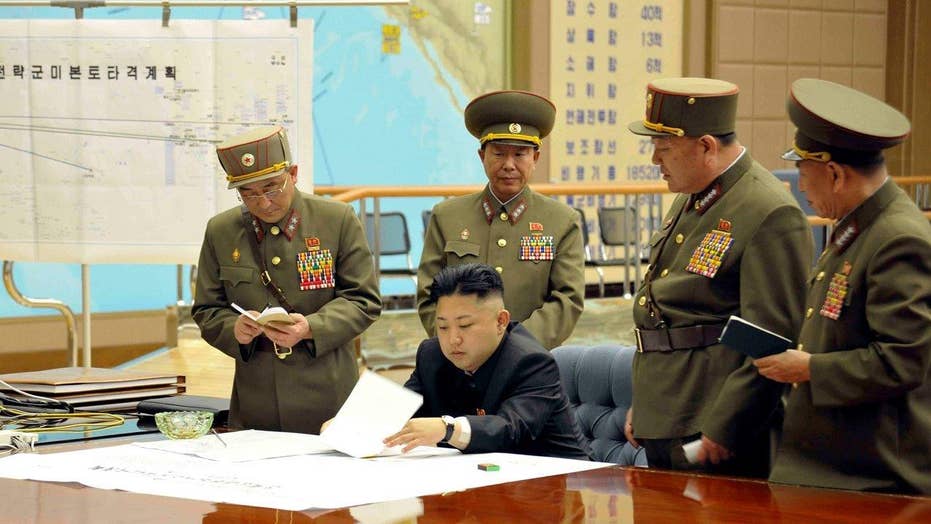 North Korea pushing towards a crisis with US?

North Korea is experiencing its worst drought since 2001, prompting officials to fear an increase in food shortage in the communist country that has suffered serious famine for years, a report by a United Nations agency revealed.

The U.N. Food and Agriculture Organization released the report on Thursday that detailed a prolonged dry period in North Korea from April to June, an important time for crop development. It's production of staple crops such as rice, corn, potatoes and soybeans has been damaged, "threatening food security for a large part of its population," the agency said.

The late arrival of rain in July didn't help crop production, either. The rain passed the planting and growth period for a successful harvest from October to November.

The decrease in rainfall already falls below the crisis the rogue nation suffered in 2001 when grain production fell an "unprecedented level" of about 2 million tons. Early harvest in June has already showed a significant decrease in wheat, barley and potatoes -- plunging more than 30 percent to 310,000 tons compared to last year's 450,000 tons.

The agency added North Korea will need significant imports from other nations to fill the gap caused by the drought.

"Increased food imports, commercial and/or through food aid, would be required during the next three lean months (July to September) until the harvest of the 2017 main season from the end of September to October, in order to ensure adequate food consumption for the most vulnerable people," the agency said.

Without the imports, North Korea faces severe food shortages to feed its citizens. Large parts of the country's population could face malnutrition or death.

The country has dealt with years of severe famine since the 1990s. The North Korean government issued a rare international call in 1996 to prevent the crisis from worsening, the BBC reported. The World Food Program stepped in to assist what they called the "biggest emergency operation in its history."

Many children between the ages 1 and 2 were described to be extremely nalnourished at the time, with some families reportedly eating leaves and twigs as food substance, according to the BBC.

The North Korean government has implemented changes to prevent another deadly famine, though years of bad weather has also impeded the country's recovery.