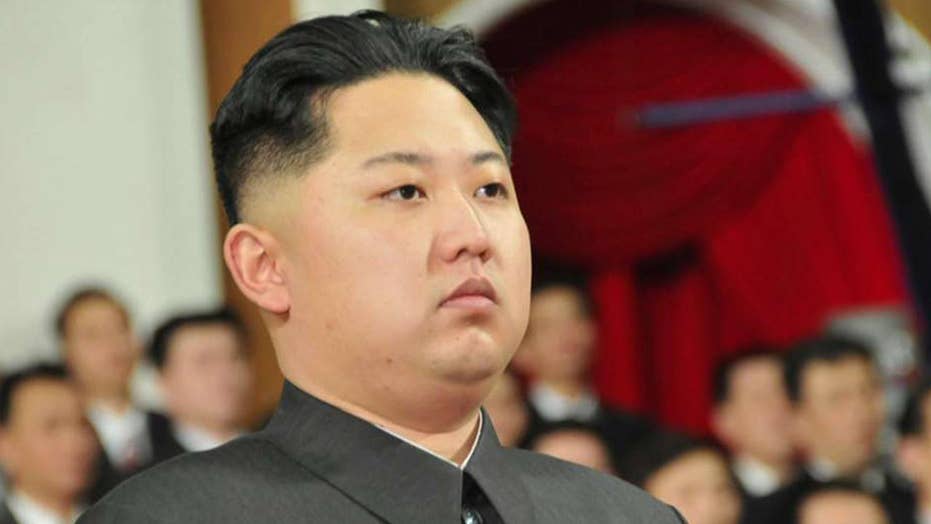 Greg Palkot has the story

A former CIA official made an alarming statement about North Korea’s ability to strike the U.S. with a ballistic missile.

Bruce Klingner, a former CIA deputy division chief for Korea, said the isolated nation is closer than people realize to developing a nuclear missile that could cross the ocean and strike the U.S.

“We can expect an [intercontinental ballistic missile] test this year with full capability within the next few years,” Klingner told Fox News.

North Korea has provoked the world by firing ballistic missiles in defiance of a United Nations Security Council resolution prohibiting the country from doing so. And those tests have sparked global fear that North Korea could soon attack foreign countries with nuclear weaponry.

In his annual address earlier this year, North Korean dictator Kim Jong-un said the country was in the final stages of test-launching an “intercontinental ballistic rocket.” But some, including President Trump, have said the threats were intended to make the world shiver – but weren’t based on reality.

“North Korea just stated that it is in the final stages of developing a nuclear weapon capable of reaching parts of the U.S. It won't happen!” the president tweeted in January.

Instability in the region continues, as South Korea’s top court has upheld the impeachment of President Park Geun-hye. Many experts in the area believe that Kim Jong-un could try to capitalize on the uncertainty gripping the nation.

In a Senate Armed Services subcommittee hearing on Wednesday, Gary Samore, former Obama White House Coordinator for Arms Control and Weapons of Mass Destruction, testified on the global nuclear weapons environment. He called North Korea’s mission to achieve a nuclear intercontinental ballistic missile the “most significant and the most immediate” of new nuclear threats.

"It's difficult to calculate or predict when North Korea might achieve that capability, a reliable nuclear-armed [intercontinental ballistic missile],” Samore said. “Certainly with the pace of testing they've been carrying out something in the next five to 10 years seems like a reasonable guess."

Klingner believes North Korea should be put back on the terrorist list. He told Fox News that in 2013, “Kim Jong-un was photographed in front of a map of the U.S. which appeared to show four targets for North Korean missiles – Hawaii, San Diego, Washington D.C. and perhaps Barksdale Air Force Base in Louisiana.”

“However, most experts think Pyongyang does not yet have that ability since the regime hasn’t tested and demonstrated a reentry vehicle for its [intercontinental missiles],” he said.

There have been reports that Trump is mulling a proposal that would send B-52 bombers to Korea. But a spokesman for the U.S. Pacific Command told Fox News’ Jennifer Griffin that, “there are no plans at this time to send B52s to South Korea” to participate in the war games currently taking place on the Korean peninsula.

In a detailed report for the Heritage foundation, Klingner writes, “preemptive attacks on test flights that do not clearly pose a security threat could trigger a war with a nuclear-armed state that also has a large conventional military force poised along the border with South Korea.”

Klingner said if the U.S. tries to interfere with North Korea’s nuclear missile race, it has to tread gently.

“Trying to target North Korean mobile nuclear missiles in a crisis is like trying to win three-card monte on a New York street corner,” Klingner said, “there’s a high risk you’ll lose more than your shirt.”