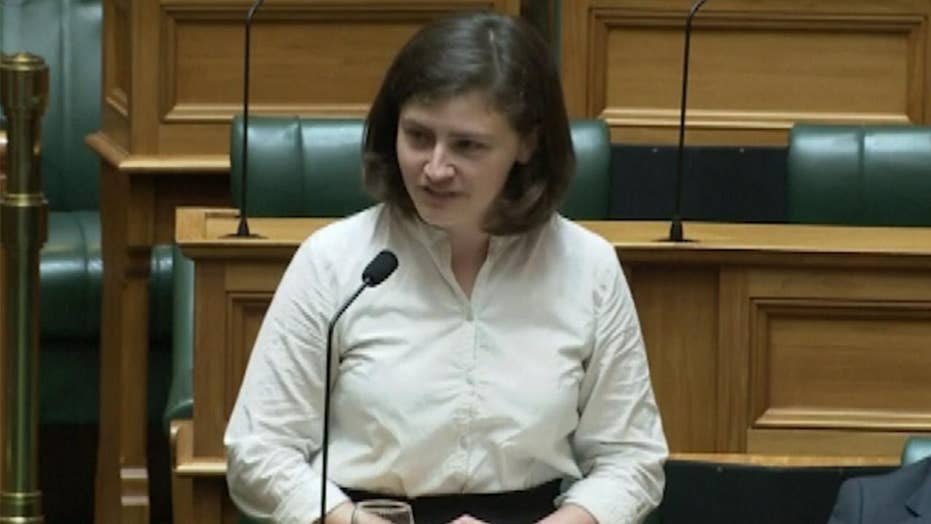 A 25-year-old New Zealand lawmaker has been accused of ageism after she responded “OK boomer” to an older colleague who allegedly heckled her during a debate on climate change.

Chlöe Swarbrick, a Green MP elected in 2017, was speaking about a proposed bill that would reduce net carbon emissions in New Zealand to zero by 2050. She was highlighting how her generation and those younger didn't have the luxury of time when the exchange took place.

That's when another MP, whose identity has not been confirmed, interjected: "That's impossible,” according to Stuff.co.nz.

Swarbrick paused, raised her hand in his direction and quipped, “Ok boomer,” before continuing her speech.

A “boomer” refers to someone from the baby boomer generation born between 1946 and 1965. The phrase “OK boomer” became popular on the Internet as a putdown toward older people who seem indifferent toward the concerns of the younger generations, according to the BBC.

While Swarbrick gained praise on the Internet, some critics have deemed “OK boomer” as an ageist phrase.

Fellow lawmaker Christopher Bishop said that if Swarbrick didn’t like being dismissed for her age, she shouldn’t do the same to others. Her parliamentary colleague Todd Muller wondered whether a Swarbrick in her mid-fifties would “quietly reflect that those Gen X’s knew a thing or two.”

The phrase stirred controversy in the U.S. recently after conservative radio host Bob Lonsberry called it “the n-word of ageism” in a since-deleted tweet, according to the Rochester Democrat and Chronicle.

"'Boomer' is the n-word of ageism,” the 60-year-old wrote Sunday. “Being hip and flip does not make bigotry ok, nor is a derisive epithet acceptable because it is new.”

But Swarbrick told Stuff.co.nz that “'Boomer’ is a state of mind” not linked to actual age, and was a “simple summarization of collective exhaustion."

She also wrote on Facebook that her remark was “in perfect jest” to a colleague who she said had heckled her about her own age while speaking about the impact of climate change on her generation.

"So I guess millennials ruined humor," she wrote. "That, or we just need to pull ourselves up by our bootstraps and abstain from avocados."