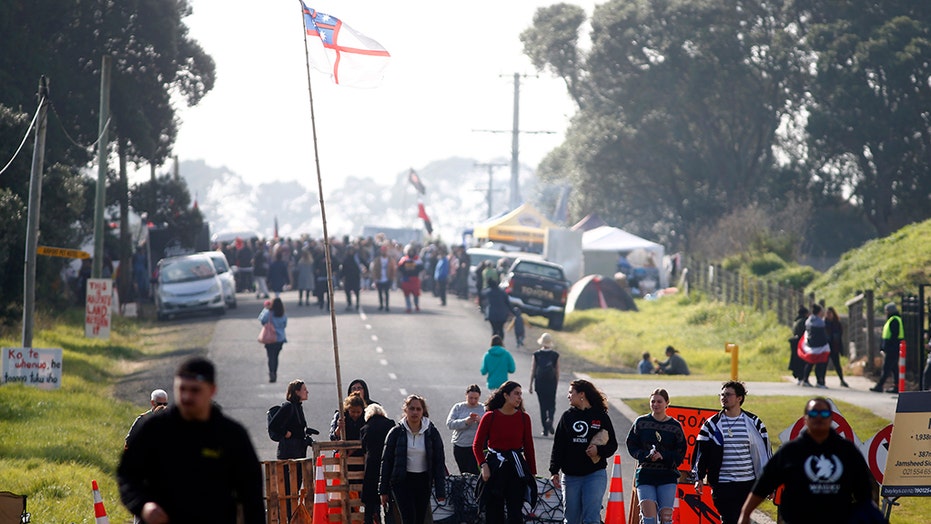 New Zealand’s Māori people took to the streets Tuesday over concerns of child separations from families and infringement of promised ancestral lands, straining relations with the government.

During their protests, they accused New Zealand Prime Minister Jacinda Ardern of being a “part-time prime minister”.

While hundreds of activists marched to the parliament house in Wellington, the nation’s capital, along with other cities including Auckland, Ardern remained absent from rising tensions at home while visiting the dependent island-territory of Tokelau.

Māori groups called for a revision of the Labor party’s child welfare agency, Oranga Tamariki (Ministry for Children), amid several cases involving Māori children being separated from their families and taken into state care, the Guardian reported.

Throughout 2017 and 2018, 290 Māori infants were taken into state care – known as “uplifting” – and the children made up more than half of all children in care, whereas Māoris only make up 14 percent of the population.

“We are aware that tamariki (children) Māori are disproportionately affected and represent the largest group of children that come into our care,” stated Oranga Tamariki on their website.

They added that the main reason most children are "uplifted" is because of unsafe conditions at home including substance abuse by parents, neglect of children and domestic violence.

Protestors gather at Ihumātao as they stand to fight a proposed Fletcher Building housing development on July 25, 2019 in Auckland, New Zealand. The site near Auckland Airport is due to be developed by Fletcher Building but has been the subject of a dispute and an occupation after an eviction notice was served against occupiers earlier in the week. (Getty)

Māori groups are also standing up against state developers at the ancestral lands of Ihumāta, a Māori settlement established by Polynesian settlers dating back to the 14th century. In 2016, it was sold to a building company but Māori people assert it is too valuable to be lost to developmental housing.

King Tūheitia, the current Māori King in New Zealand, announced he would visit Ihumātao Saturday morning to find a resolution amid the standoff.