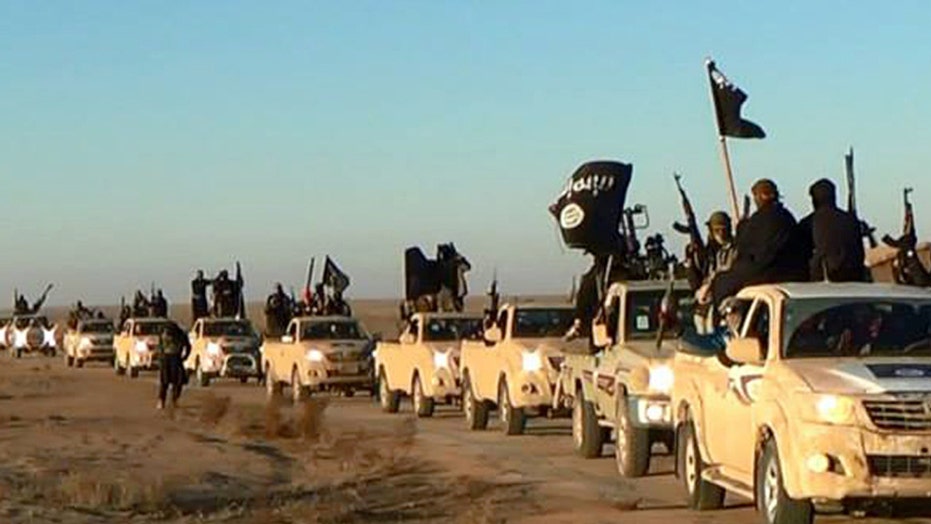 The latest issue of Islamic State's online magazine targets the terror group's fellow Muslims even more than the West.

Dabiq, as the English-language publication is called, devotes a majority of the 56 pages in the latest issue to justifying the killing of Shia Muslims. In numerous articles, the magazine goes to great lengths to give a theological basis for killing members of the minority Muslim sect that controls Iran and Iraq and has been at odds with Sunni Muslims for over a millennia.

“The magazine spends so much time justifying the killing of innocent Shiites that it suggests that ISIL is frustrated that too few Sunnis favor sectarian massacres,” Ryan Mauro, a national security analyst for the Clarion Project, said. “ISIS is making the argument because it sees a problem it needs to address.”

ISIS' literary arm charges that Shia Muslims, or Shiites, qualify as apostates to the Sunni majority and therefore deserve to be killed. The radical terror group's target audience seems to be fellow Sunnis who consider Shiites to be Muslims, or at the very least, not deserving of being murdered.

“The spark has been lit here in Iraq, and its heat will continue to intensify – by Allah’s permission – until it burns the Crusader armies in Dābiq.”

— Quote from Abu Mus’ab az-Zarqawi in the latest issue of Dabiq.

“ISIL's focus on justifying killing Shiites is because it is being pressed by Shiite forces in Iraq and Syria,” Mauro said. ”ISIL is hoping to enlist Sunnis by framing its jihad as part of a prophetic battle where the Shiites and Jews eventually unite behind the Antichrist.

Fanning the flames of the Sunni-Shia split, which dates to shortly after the death of Mohammad, benefits ISIS by helping it recruit Sunnis, Mauro said. And the terror group's leadership appears to believe a final battle has been prophecized.

Worldwide, Sunnis make up about 85 percent of the world’s 1.6 billion Muslims. Sunnis, who believe the true lineage of Mohammad lies with those who most closely followed his teachings, control powerful Muslim nations including Saudi Arabia, Egypt, Turkey and Pakistan. In addition, most Muslims in Africa are Sunnis.

In the forward of the issue, ISIS praises the December terror attack in San Bernadino, Calif. (MEMRI)

Shia Muslims are a relatively small minority of Muslims, concentrated in Iran and Iraq. They believe bloodlines, not devotion, dictate the prophet’s line of successors. Throughout history, Shia Muslims have rejected the authority of Muslim leaders elected by the people, instead following a line of clerics they consider to have been appointed by Mohammad or Allah.

The divide goes back to the period following Mohammad’s death in 632, when his close confidante Abu Bakr became the first Caliph of the Islamic nation. Shias believed the rightful heir was Mohammad’s cousin and son-in-law, Ali bin Abu Talib.

Both sects have spawned more than their share of terrorists, though the terror organizations operate differently. Al Qaeda, ISIS, Al-Shebab and Boko Haram are Sunni organizations, while Iranian-sponsored terrorist groups, including Hezbollah, are Shia.

Nearly all of the issue id devoted to justifying the killing of Shia Muslims. (MEMRI)

The 13th issue of Dabiq, a copy of which was provided to FoxNews.com by the Middle East Media Research Institute (MEMRI), is titled "The Rafidah: From Ibn Saba' To the Dajjal." Rafidah is derogatory term for Shia Muslims that translates to “rejecters.”

In the foreword of the issue, the terror group praises the Dec. 2 terror attack in San Bernadino, Calif., calling it a demonstration of Muslims’ willingness to make sacrifice for the sake of “fulfilling their duty to Allah.” The foreword then uses the attacks carried out by married couple Syed Rizwan Farook and Tashfeen Malik as a call to arms for targeting "crusaders" on their own soil.

“The spark has been lit here in Iraq, and its heat will continue to intensify – by Allah’s permission – until it burns the Crusader armies in Dābiq,” reads a quote from Abu Mus’ab az-Zarqawi, an Iraq-based Al Qaeda leader killed in 2006.

The issue also touches upon other matters, including an article on the recently killed executioner for ISIS, “Jihadi John,” an article praising the widows of ISIS fighters and a piece blasting Saudi Arabia.

But what is most clear throughout the issue is a concerted effort to wipe out the Shia population of the Middle East. At first glance, it may seem odd that ISIS is focusing its efforts against fellow Muslims and not the West, but Mauro says that it is part of a very elaborate campaign on the Islamic State’s part.

Yet, ISIS is also at war with Saudi Arabia, a Sunni nation. (MEMRI)

“It is still important for ISIL to attack the U.S. and Europe for branding purposes," Mauro said. "It helps them make their case that they are looked favorably upon by Allah and that they are growing stronger, regardless of whatever territorial losses they suffer on the ground.”