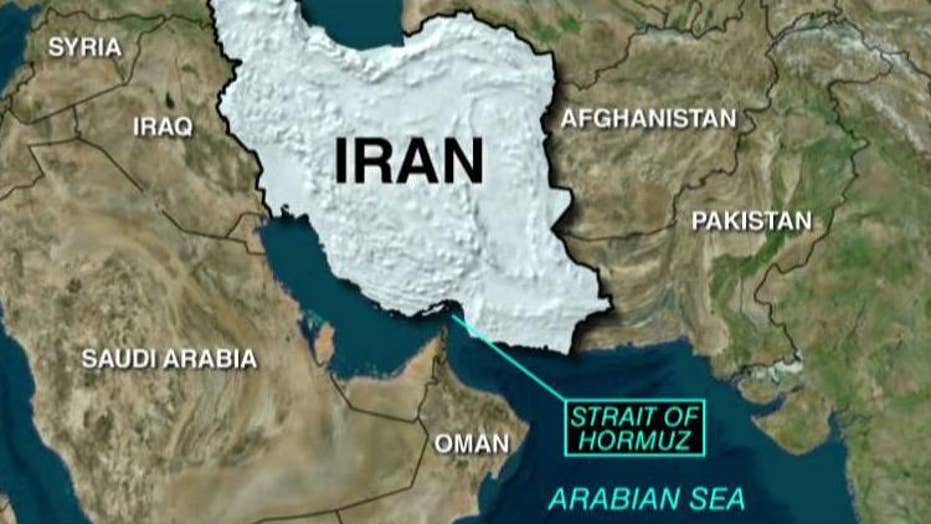 Tensions rise in the Strait of Hormuz

In the latest incident of high-seas tension between the U.S. and Iran, a Navy guided-missile destroyer fired a series of warning shots at four Iranian vessels after the Islamic Republic's boats closed in at a high rate of speed in the Strait of Hormuz, Fox News confirmed on Monday.

IRANIAN CONFRONTATIONS WITH US NAVY INCREASE IN 2016

The Iranian vessels sailed within 890 yards of the Mahan, which had been escorting two U.S. Navy warships. Those two ships were the USS Makin Island, a large deck amphibious assault ship with 1,000 U.S. Marines, dozens of helicopters and Marine Harrier jets aboard, and a U.S. Navy oiler.

In addition to the machine gun warning shots, a Navy helicopter dropped a smoke float. The only communication between the Iranian vessels and the U.S. warships was one Iranian boat asking for the "hull number" of the U.S. Navy vessels.

In recent days Iran's Revolutionary Guard Corps has conducted an annual exercise in the strait simulating maneuvers necessary to shut down the entrance to the Persian Gulf via "swarm" tactics -- deploying a large number of small armed vessels. The simulations are "ongoing," a U.S. defense official tells Fox News.

Sunday's incident was only the most recent Iranian provocation of U.S. ships or aircraft in the region. Among the notable incidents:

The U.S. military noted Iran harassed U.S. Navy warships through "unprofessional" interactions at least 35 times in 2016, a jump of more than 50 percent from the previous year, a U.S. official told Fox News.

Second time since August that a U.S. vessel has fired warning shots at #Iranian ships for aggressive action in Strait of Hormuz/Persian Gulf https://t.co/4qViK6SmnF

In September, Present-elect Donald Trump said any Iranian vessels that harassed U.S. Navy warships would be "shot out of the water."

Fox News recently flew out to the USS George H. W. Bush to see her final work ups in the Atlantic before deploying. The commanding officer of the ship said Iran's behavior in the past year amounted to "school yard antics."

There are currently no U.S. aircraft carriers deployed in the Middle East after the USS Dwight D. Eisenhower returned to Norfolk and the USS George H. W. Bush had its deployment delayed.

There is, however, a U.S. Navy amphibious assault ship with helicopters, jets and more than 1,000 marines in the region.