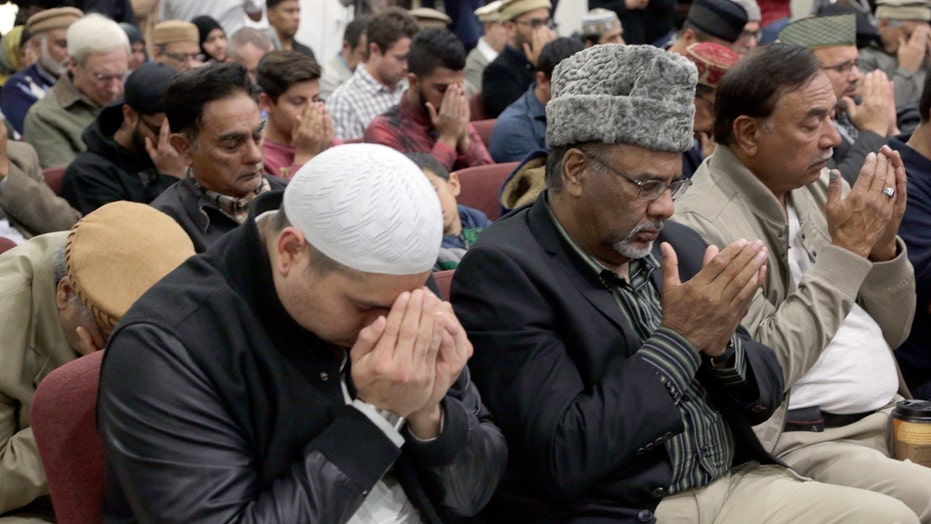 Spirited Debate: Dr. Zuhdi Jasser explains why his community must be more vocal in fight against terrorism

American Muslims are defending an Australian imam whose public opposition to radical Islam and attempts to impose sharia law has drawn criticism from other Muslim leaders in Australia.

Imam Shaikh Mohammad Tawhidi said that other members of Australia’s Muslim community were criticizing him because he has blasted radical Islam and warned of an extremist cell in Sydney, the nation’s largest city.

His comments came last week in a four-minute video in which he detailed the reasons other Muslim leaders were criticizing him.

U.S. Muslim groups said Monday that they generally supported Tawhidi’s position, though they had some reservations.

Ibrahim Hooper, national communications director of the Council on American-Islamic Relations, told Fox News that Tawhidi and his critics' premise is 'false'.

“The problem comes when you look at a dichotomy between being an Australian or an American and being a Muslim. We don’t see a dichotomy,” Hooper said. “We see that, in fact, the American-Muslim community is the prime defender of the U.S. Constitution. We see no conflict between Islamic beliefs and practices and living as a productive, contributing citizen whether it’s in Australia or America.”

Hooper said he would have liked Tawhidi to clarify that there is no need for Muslims to choose between being good citizens and being religiously faithful.

“Instead of stating you can be a good Australian and a good Muslim at the same time, he’s somehow throwing Islam under the bus and that’s where he got in trouble,” Hooper said. “Muslims around the world follow sharia law every day of their lives when they pray and when they fast."

But Hooper told Fox News that the ‘haters’ bring up the criminal punishment factor of sharia law, which he said does not apply when there is an existing legal system in place.

“A small component of sharia law was in the criminal aspect, but that doesn’t apply in the United States or Australia or anywhere,” Hooper said. “There is no inherent conflict being a law abiding Australian or American and practicing Islam—that’s a false premise.”

Michigan-based Imam Mohommad Elahi expressed a similar sentiment to that of CAIR, and told Fox News that criminal laws in Islam, which he says are a small part of the legal system in the Muslim faith, are not even implemented in Muslim countries.

“Those laws need to be reviewed and adjusted based on the conditions of time—the spirit of law in Islam is both justice and mercy! In countries like Saudi Arabia, so called Sharia laws provide neither justice nor mercy—that is ISIS law, beheading the innocent, that is not true Islamic law,” Imam Elahi told Fox News in an email. “There is no contradiction in the spirit and goals between our Islamic teachings and our Constitutional rights.

Another Muslim group in the U.S., American Islamic Forum for Democracy (AIFD) told Fox News that, while they would defend Tawhidi completely, he is not addressing the core issue.

M. Zuhdi Jasser, a U.S. Navy veteran and AIFD spokesman, echoed Tawhidi’s view that radical Islam is a threat to freedom, democracy and the West.

“I’m with him on his statements on radical Islam and the Muslim Brotherhood and other groups he has been targeting in Australia,” said Jasser. “He’s right, they are separatists and a threat to the sovereignty of Australia.”

While Tawhidi, a Shia imam, has condemned the Islamic State, Jasser told Fox News that he has yet to speak out against Hezbollah and other Shia groups.

“He’s not treating the core ideology, which is why Sunni groups have jumped on him and called him fake,” Jasser said. “I don’t endorse anyone who calls him a fraud, but I don’t want people to miss the fact that Shia imams exploit this to ignore their own problems within.”