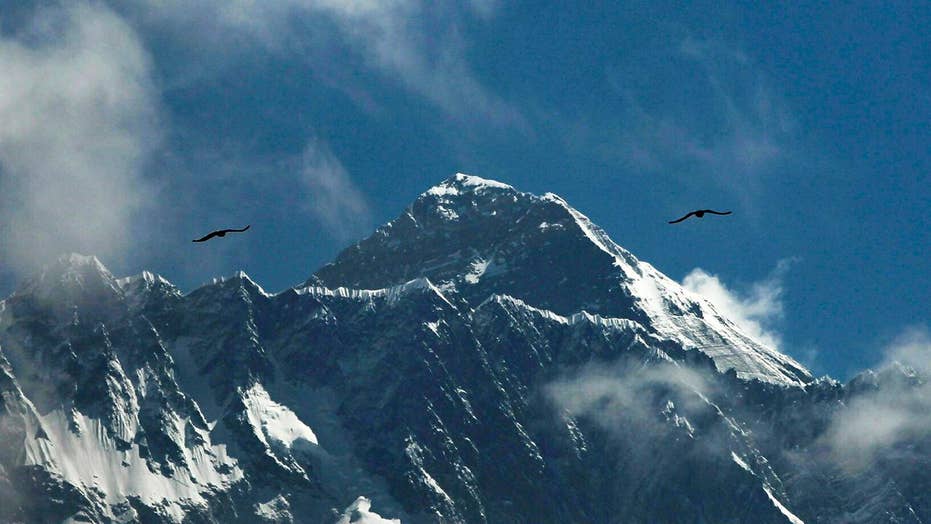 A climbing season that's been marred by the highest death toll on Mount Everest in four years has prompted officials in Nepal to review rules about who is allowed up the mountain, after complaints of overcrowding and inexperienced climbers.

Eleven people have died so far this year on Everest -- including nine in Nepal -- likely due to altitude sickness, which is caused by low amounts of oxygen at high elevation and can lead to headaches, vomiting, shortness of breath and mental confusion.

Nepal has issued permits to 381 people to climb Everest, which the government says is the greatest number ever.

The country takes in about $300 million each year from climbing, but officials disclosed Wednesday they were considering updating the rules about who was allowed up the 29,035-foot peak.

Because of the altitude, climbers have just hours to reach the top before they are at risk of pulmonary edema, when the lungs fill with liquid causing respiratory failure. Mountaineers this year have described traffic jams caused by exhausted rookies in the "death zone," the final phase of the ascent from Camp Four at 26,240 feet to the peak.

Renowned mountaineer Um Hong-gil of South Korea, who was honored by the Nepal government Wednesday at an event commemorating the 66th anniversary of the first ascent of Everest, said the number of climbers should be scaled back and only those with proper training and experience should be allowed.

"There should definitely be less permits issued and more experienced climbers on Everest," Um said.

A feat once only possible for well-heeled elite mountaineers has changed greatly since he first climbed Everest in 1988, in part because of advanced weather forecasting technology that more accurately predicts clear conditions, leading to pileups at the peak, according to Um.

About half a dozen climbers died on Everest last week most while descending from the congested summit during only a few windows of good weather each May. (Nimsdai Project Possible via AP)

"Many people are now taking climbing Everest very lightly and as entertainment only, which they think they can do without much training," he said.

For one thing, the climbing market in Nepal is no longer one of the global elite. Anyone with a doctor's note saying they are physically fit can obtain a climbing permit for an $11,000 fee without having to prove they can handle navigating the extreme heights.

While government officials at an event in Kathmandu celebrating the successful climb of Edmund Hillary and Tenzing Norgay in 1953 said Wednesday there were no plans to cap permits, another official had a different response to the New York Times.

“Certainly there will be some change in the expedition sector,” Mira Acharya, a senior official with Nepal’s tourism department, told the newspaper. “We are discussing reforming some issues, including setting criteria for every Everest hopeful."

Acharya added that at a recent meeting among officials that the topic of inexperienced climbers was "raised."

The nine deaths this year on Nepal's side of the mountain included Don Cash, a sales executive from Utah, and Christopher Kulish, an attorney from Colorado, who both died on their way down from the summit.

The Nepal Mountaineering Association, an umbrella body of expedition operators, said it would push the government to require climbers to adequately prepare for what Um described as an extremely taxing physical and mental task.

"The government needs to come up with strict policies to control the inexperienced climbers from attempting to scale Everest," said the association's president, Santa Bir Lama.