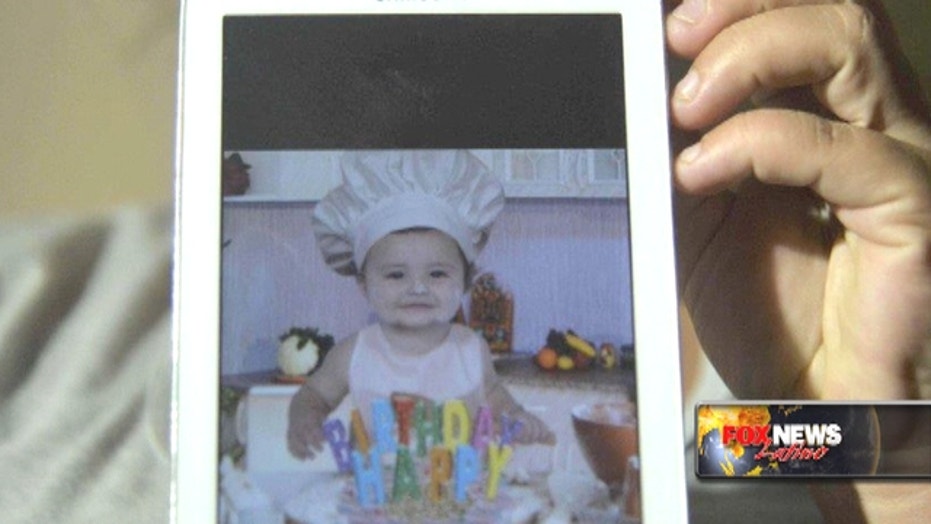 Jhosep Diaz was found more than a mile from where he had been sleeping when a flash flood swept away dozens of homes.

BOGOTA, Colombia (AP) – Colombians are celebrating the rescue of an 11-month-old baby who survived a huge mudslide that killed at least 78 people, including the child's mother and 11 other relatives, but officials held out no hope Wednesday for finding more survivors.

Jhosep Diaz was found buried face-down in the mud Monday, more than a mile from where he had been sleeping when a flash flood swept away dozens of homes before dawn in the mountain town of Salgar.

The doctor who first treated him said Jhosep was very cold and nearing hypothermia, but appeared to have avoided greater damages because he was nestled in a padded crib when he was carried away by the current.

"He was unconscious and didn't open his little eyes but was breathing," Dr. Jesus Antonio Guisao told the Associated Press on Wednesday as details of the baby's saga emerged on the front pages of Colombia's newspapers.

After the baby's vital signs were stabilized, he was transferred to a hospital in Medellín. Doctors said Wednesday that the baby suffered multiple abrasions and light bruises as well as a broken rib, but was otherwise recovering well.

The heart-warming tale of survival contrasted with the still-emerging picture of devastation in Colombia's most-deadly natural disaster since a 1999 earthquake.

Authorities told the AP there was no chance of finding any more survivors, even as a team of 300 rescuers continued to search home by home the neighborhoods ravaged by the mudslide. Between 50 and 80 people were believed missing, the Red Cross said.

Among those killed were 12 of the baby's relatives, including his mother. Four other family members were still missing but presumed dead, said Alvaro Hernández, the boy's paternal grandfather.

Hernández, who is expected to assume custody of the child in absence of the father, who was killed a year ago, told the AP that the boy and his 22-year-old mother lived in a nearby town but were visiting relatives in Salgar when the tragedy struck.

"Amid so much bad news concerning the death of 16 of our relatives, my grandson's survival is a miracle," Hernández told the AP.

In another moving demonstration of perseverance, police on Wednesday rescued a dog that accidentally fell into the still-raging current.

In a cellphone video posted on the Internet and confirmed by the National Police, a group of rural officers can be seen running along the bank of the river, the dog's head bobbing in the muddy current, to shouts of "jump in, jump in." One officer eventually does, and after almost being dragged under, pulls the scruffy pup to safety and hands it to a colleague who performs CPR.