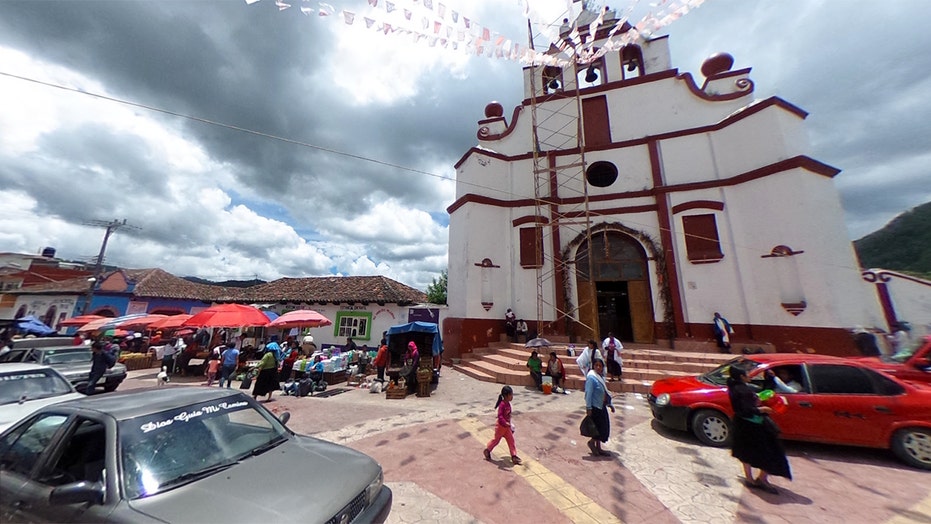 When the residents of a municipality in southern Mexico got fed up with their mayor after he failed to keep a campaign promise, they knew what they had to do.

They made him wear a dress and paraded him around town. For days.

Earlier this week, a visibly stressed Mayor Javier Jimenez, from Huixtán province, walked around in a long dark skirt and frilly white blouse with ruffles and flowery embroidery, in front of furious residents of San Andrés Puerto Rico, while Luis Ton, another official also deemed deficient, was clad in a bright pink dress with white polka dots.

One of the key complaints, local news outlets say, is that Jimenez has not come through on his campaign promise to allocate 3 million pesos (equivalent to about $158,000) for improvements to the town’s water system, among other things, reported the newspaper El Diario de Mexico.

While the officials walked in women’s garb, residents held hand-scrawled posters describing what they saw as the politicians’ failings. In an interview with a reporter captured on video, the mayor, appearing uncomfortable, said he’s been trying to fulfill his promises. He said there is no more money in the fund because it has been given to various municipalities. As he spoke, some residents held posters denouncing government failures, and others could be heard yelling at him not to continue telling lies.

Jimenez and Ton also were forced to solicit funds from passing motorists – many of whom seemed to have smirks on their faces—in order to raise money for improving the water system. The two politicians had been “detained” by the residents for at least four days, according to Cultura Colectiva.

TOP US OFFICIAL SAYS BORDER IS 'STILL IN CRISIS', EVEN AS MEXICO STEPS UP ITS ASSISTANCE

Residents are demanding an investigation into whether Jimenez stole the 3 million pesos he says has gone to various communities. In the interview with the local reporter, Jimenez said he is innocent, but that he would not resist an investigation.

Dressing up politicians who disappoint is a traditional – and cathartic -- way in several towns in the state of Chiapas of dressing them down. Often, politicians are taken by force and dressed up.

In May, residents of several communities from the municipality of Siltepec in Chiapas hauled the mayor, Pedro Damian Gonzalez Arriaga, out of his office and tied him to a post in the main square, according to Mexico News Daily.

Residents told reporters that they had enough of unfulfilled campaign promises to improve public infrastructure. They said they were tempted to shave his head “as if [he] were a sheep” and exhibiting him on the streets if he did not do his job.

Not all residents were on board with punishing the mayor with a sort of sartorial dunce cap, reported La Republica.

While many applauded the move, others said residents should have chosen a more mature way to express their displeasure with political leaders.