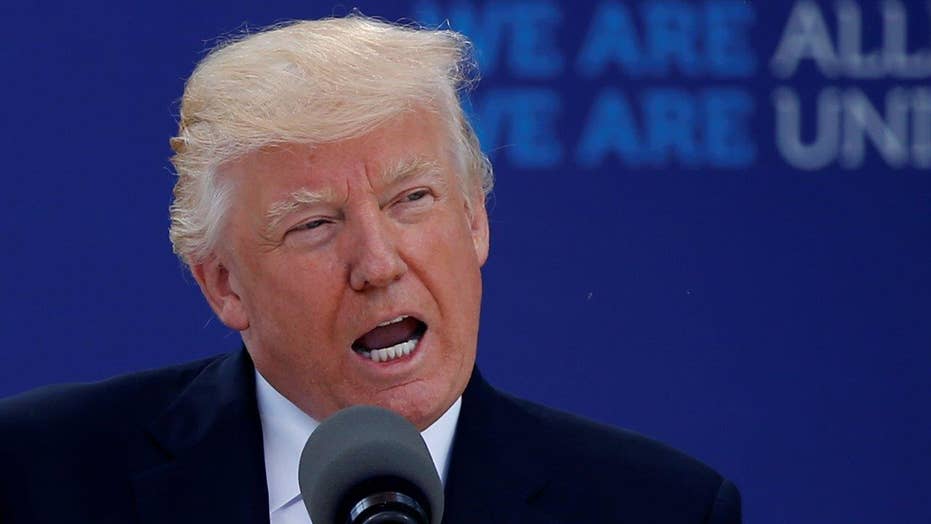 The New York Times on Thursday defended publishing crime scene photos from the Manchester terror attack, even as President Donald Trump was blasting leaks about the investigation to the Times and other media outlets that emanated from American sources.

The New York Times said in a statement that its coverage of the attack "has been both comprehensive and responsible."

The newspaper added that published photos of the evidence gathered at Manchester arena were "neither graphic nor disrespectful of victims." The pictures provided detailed evidence of the bomb used in the Manchester attack.

Prime Minister Theresa May and other top British officials criticized the leaks during the ongoing investigation. Trump blasted U.S. officials for the leaks on Thursday, calling them "deeply troubling," although it was unclear whether the Times received the photos from U.S. officials.

The name of the bomber, Salman Abedi, was disclosed to U.S. media just as raids were underway both in Manchester and in Libya, where the bomber's father lives.

"These leaks have been going on for a long time and my Administration will get to the bottom of this. The leaks of sensitive information pose a grave threat to our national security," Trump said in a statement the White House released.

Trump ordered the Justice Department to launch a full investigation into leaks from the Manchester bomb probe. Following the release of crime scene photos from the bombing, President Trump has asked for "a complete review" of leaks from U.S. government agencies.

The president is expected to get an earful from May following the apparent leak at the NATO summit. The British prime minister said she planned to "make clear to President Trump that intelligence that is shared between our law enforcement agencies must remain secure."

A British official told Fox News that they were "pleased that U.S. authorities have launched launched an investigation into breaches of this principle," adding that the U.S. is Britain's "closest and most trusted partner" and the leaks have not deterred them from working closely on future issues.

In the statement, Trump said "there is no relationship we cherish more than the Special Relationship between the United States and the United Kingdom," and promised that his administration would get to the bottom of the matter.

The Greater Manchester Mayor Andy Burnham said intelligence sharing with the U.S. relating to the Manchester probe has been suspended. Earlier on Thursday, Manchester police threatened to stop sharing probe information if the leaks to U.S. media continued, according to a British official who spoke to the Associated Press on condition of anonymity.

Greater Manchester Police condemned the leaks on behalf of the National Counterterrorism Policing units in a statement that suggested a severe rupture in trust between Britain and the United States, whose law enforcement officials have traditionally shared intelligence at the highest levels.

"When the trust is breached it undermines these relationships, and undermines our investigations and the confidence of victims, witnesses and their family," the statement said.

"This damage is even greater when it involves unauthorized disclosure of potential evidence in the middle of a major counterterrorism investigation."

Home Secretary Amber Rudd complained the leaks could cost police "the element of surprise" in their bid to prevent future attacks.

Eight men have now been detained in connection with Monday's attack. Those include Abedi's two brothers, Hashim and Ismail, as well as his father, Ramadan Abedi. A woman was arrested late Wednesday, but was released without charge.

Manchester police said the arrests were "significant" and the investigation continues with searches that will take place for several more days. They added they've uncovered items during the raids and searches across the city that are believed to be important to the investigation.

Twenty-two people were killed when the explosion ripped through the foyer of Manchester Arena as singer Ariana Grande was wrapping up her concert. Another 116 people were wounded, with at least 12 children suffering from significant injuries. Grande's reps announced on Wednesday that the singer will be suspending her tour for at least two weeks.

Manchester police said they believe they have identified all 22 victims killed in the attack, but it will take "several days" to formally announce the names to the public. A few tributes to victims have been posted on the Greater Manchester police's Twitter page.