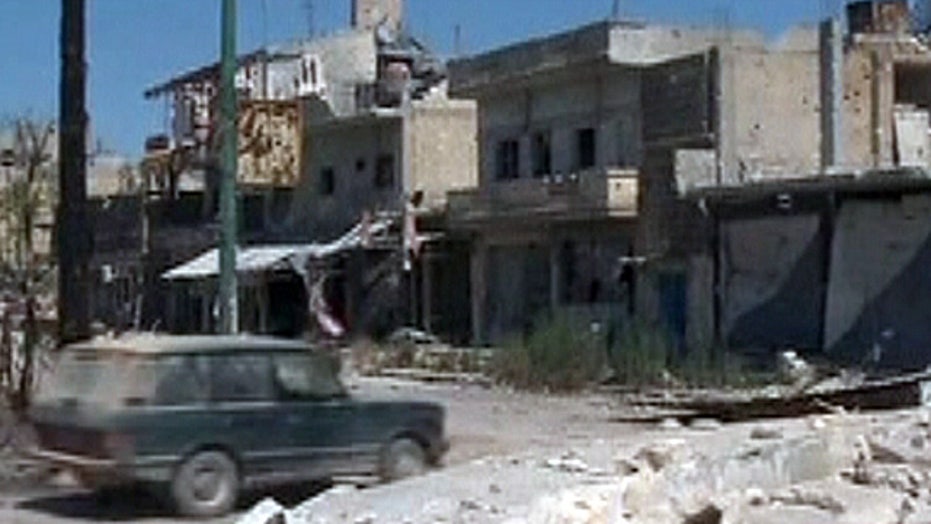 The majority of foreign fighters killed in Syria between July 2012 and May of this year were found to be fighting on behalf of a terrorist group that's a front for Al Qaeda in Iraq, according to a new independent report by a security consulting firm that specializes in counterterrorism.

The report found at least 280 foreign fighters died in that time period.

"..The lion's share of foreign fighters who are dying in Syria are fighting with the most hardline organization involved in the uprising: Jabhat al-Nusra,” the report said.;“The leader of Jabhat al-Nusra, Abu Mohammed al-Joulani, has recently publicly sworn allegiance to Al Qaeda leader Dr. Ayman Al-Zawahiri and the group has been blacklisted as a branch of Al Qaeda in Iraq by the United States government."

A lead investigator on the project, Aaron Zelin, the Richard Borrow fellow at the Washington Institute for Near East Policy, told Fox News the emergence of foreign fighters is another sign that the Syrian conflict is spreading, with ramifications beyond the Middle East and North Africa.

"The current conflict in Syria is in many respects similar to what we saw in Afghanistan in the 1980s,” he said. “Because not only is it viewed as a cause celebre for people within the Arab world but even western governments are backing the opposition so you see many westerners, especially from western Europe, going in."

According to Zelin, with estimates ranging from 500 to 800 Europeans now getting involved in Syria, the threat continues once these "foreign fighters return home" because they are now steeped in the Islamist ideology with new skills such as bomb making.;

While the report acknowledges there are inherent difficulties "calculating statistics on a shadow army,"; investigators believe the number of Americans fighting for the Syrian opposition is much greater that the two well-documented cases. These are Eric Harroun, who is on trial in Virginia for fighting with Al Qaeda, and a 33-year-old Michigan woman, Nicole Lynn Mansfield, whose death was confirmed last week.

On Wednesday, the State Department spokeswoman called on all foreign fighters to leave the country.

"We are concerned about the influx of all foreign fighters regardless of what side (they’re) fighting on..and overflow of this fight into neighboring countries - something we are greatly concerned about - we've expressed to the opposition as well,"; Jen Psaki told reporters.