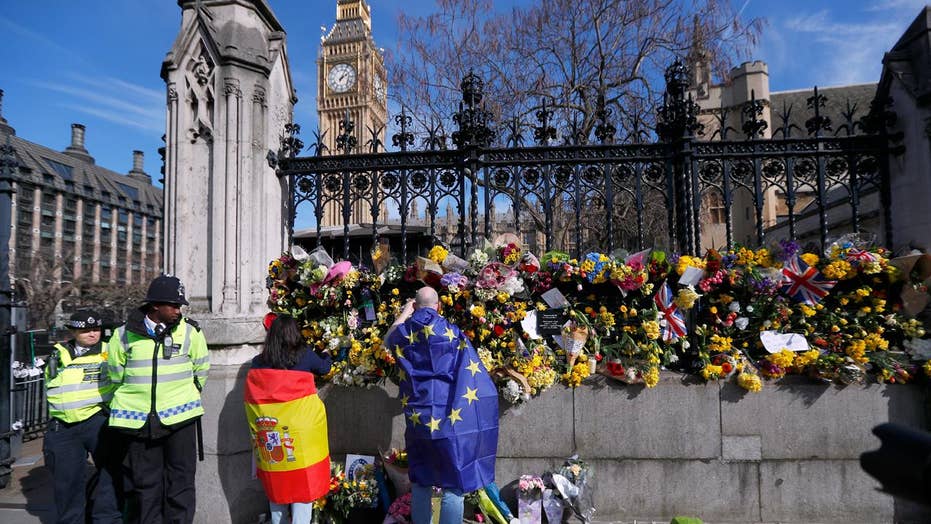 British police carried out a series of raids on Thursday in an attempt to foil a terror plot – the second “active plot” uncovered that day.

A woman was shot and at least four people were arrested during Thursday evening raids.

LONDON ATTACK: TERRORIST WAS IN DEBT FROM PLAYING LOTTERY SCRATCHCARDS

One of the homes had been under surveillance in a counterterrorism operation and police used deadly force “due to the nature of the intelligence we were dealing with,” according to Sky News.

The arrests and the shooting occurred hours after a man carrying large knives was arrested near Parliament. The man is accused of preparing a terror attack. Authorities say the two incidents are not related.

The two incidents also happened a month after the terror attack near the Palace of Westminster, which killed five and injured more than 50 people. The attacker, Khalid Masood, 52, born in Dartford, England, drove a car into pedestrians, burst through a gate, and then fatally stabbed an unarmed police officer. British police have been on heightened alert since that attack.

The evening raids were carried out in London and southeastern England. The unidentified woman who was shot is in serious condition. Police continued to search the house on Friday. Two others were arrested at that address, as was a neighbor. A woman in Kent also was arrested.

Police say the four people are being held on suspicion of preparation of terrorist acts.

Metropolitan Police deputy assistant commissioner Neil Basu told Sky News that the arrests "have contained the threats that they posed."

Basu said London police have beefed up patrols and remain extra vigilant “against the backdrop of a severe terrorist threat."

"With the attack in Westminster on 22 March so fresh in people's minds,” he said, “I would like to reassure everyone that across the country officers are working round the clock to identify those people who intend to commit acts of terror.”