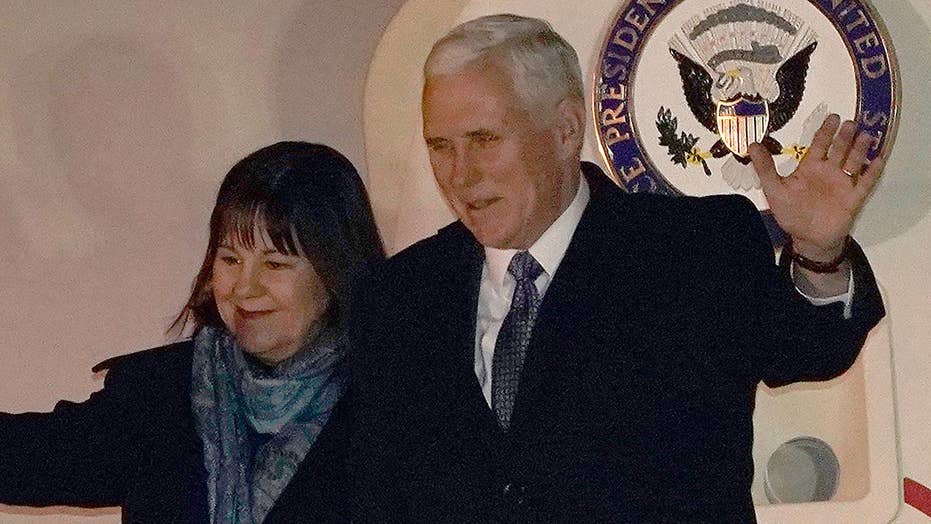 Pence won't rule out talks with North Korea during Olympics

Vice president says he won't rule out speaking with North Korean officials while attending the Winter Olympics in South Korea.

A female member of North Korea's ruling dynasty who's dubbed "Kim Jong Un's Ivanka" is heading to South Korea with the Hermit Kingdom's Olympic delegation, a trip that makes Kim Yo Jong the first member of the current Kim clan to set foot in the rival nation.

As Kim Jong Un's sister and a vice director with the ruling political party, Kim Yo Jong is seen by some in the South Korean media as a moderating force on her more impulsive brother, much the way Ivanka Trump is seen by some U.S. pundits as a moderate influence on her father, President Trump. Kim will be part of the delegation led by the country’s nominal head of state, Kim Yong Nam, South Korea’s Unification Ministry said.

Experts believe the despot’s sister will represent Kim Jong Un’s views directly to Seoul because of her close relationship to her brother, Yonhap News Agency reported.

Kim Yo Jong, who is believed to be in her late 20s or early 30s, was promoted by her brother to be an alternate member of the decision-making political bureau of the ruling Workers' Party’s central committee. She is believed to be the despot's closest confidant.

“One of the positives of her visit is that she is someone able to deliver a direct message on behalf of Kim Jong Un” Shin Beom-chul, a professor at the Korean National Diplomatic Academy in Seoul, told Reuters. “What is problematic is that she’s coming with Choe Hwi. This raises worries that North Korea likely intends to use this Olympics as a propaganda tool rather than a possible opening to meaningful dialogue with South Korea”.

Kim Jong Un and his sister, Kim Yo Jong, have a closer relationship than Kim has with his other siblings. (KCNA via KNS)

The Koreas are cooperating for a series of conciliatory measures during the Olympics. Seoul sees the moves as a chance to ease the tensions with their rivals to the North and possibly rein in Kim Jong Un's nuclear and missile programs. Skeptics, however, believe the North is trying to use the Olympics as a chance to weaken western-backed sanctions against the regime.

North Korea has 22 athletes competing in the Winter Olympics but also has sent artists and a cheering squad.