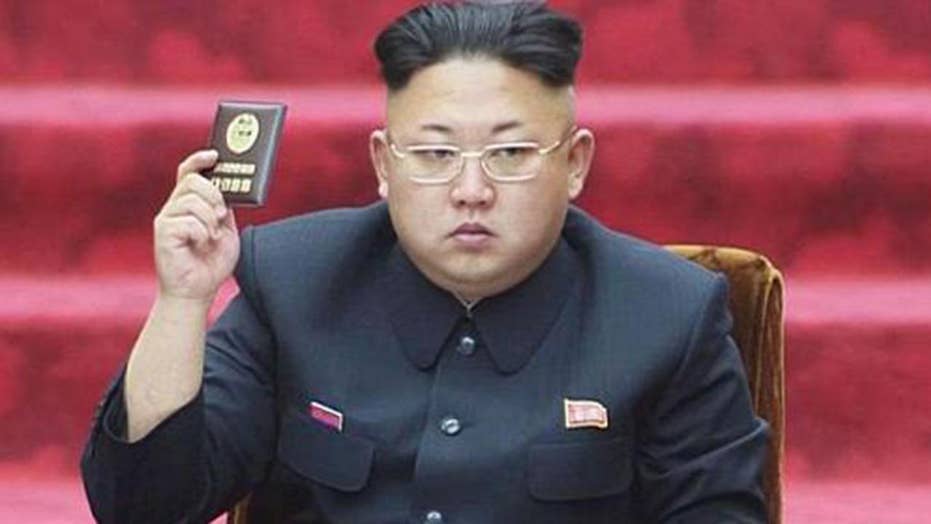 North Korea has told the Trump administration that Kim Jong Un is ready to discuss denuclearization of the Korean peninsula.

North Korean dictator Kim Jong Un said he's willing to talk with President Trump about getting rid of North Korea's nuclear weapons as part of a denuclearization across the Korean Peninsula, a Trump administration official confirmed to Fox News on Sunday.

The confirmation came ahead of a meeting between the two leaders, which officials have suggested would take place by May.

And while Trump tweeted on March 28 that he was looking forward to the meeting, saying, "There is a good chance that Kim Jong Un will do what is right for his people and for humanity," many analysts have expressed skepticism about the secretive regime's intentions.

Meeting between two Koreas slated for April ahead of Trump-Kim summit. Greg Palkot has the latest developments.

"It's possible that Kim Jong Un has a different meaning in mind," Abraham Denmark, a former senior U.S. defense official said, noting that a possible denuclearization offer appears to be contingent on the U.S. creating the right conditions. "So far it sounds like the same old tune."

South Korea, which has shuttled between Pyongyang and Washington to set up the talks, said Kim had expressed willingness to discuss giving up nuclear weapons during his upcoming meetings with South Korean President Moon Jae-in and Trump, but North Korea hadn't confirmed such discussions until Sunday.

The rogue nation's abrupt diplomatic outreach in recent months has brought a temporary lull to tensions sparked by its nuclear weapons and missile tests last year that resulted in Kim and Trump exchanging crude insults and threats of war.

However, increased activity was spotted by satellite at a North Korean nuclear site in February, photos of which suggest the North has begun preliminary testing of an experimental light water reactor and possibly brought another reactor online at its Yongbyon Nuclear Research Center.

Both could be used to produce the fissile materials needed for nuclear bombs.