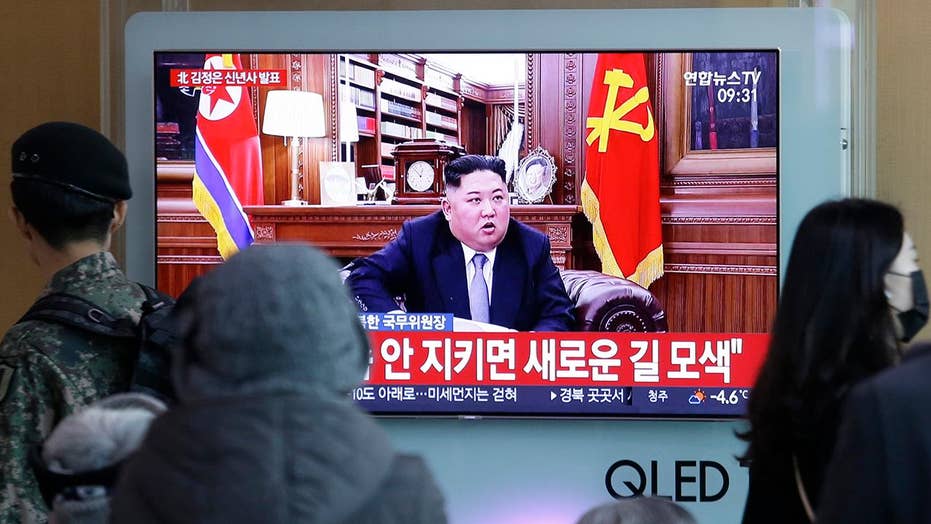 North Korean leader Kim Jong Un said Tuesday that he is prepared to meet with U.S. President Donald Trump at any time, but warned that he would pursue an alternative course if Washington kept up sanctions on Pyongyang.

In his closely watched New Year's address, Kim said he was ready to pursue an outcome that would be "welcomed by the international community." However, he said the North will be forced to take a different path if the United States "continues to break its promises and misjudges our patience by unilaterally demanding certain things and pushes ahead with sanctions and pressure."

Kim also said the U.S. should continue its halt to joint military exercises with South Korea and not deploy strategic military assets to the South. He also made a nationalistic call urging for stronger inter-Korean cooperation and said the North is ready to resume operations at a jointly run factory park in the North Korean border town of Kaesong and restart South Korean tours to the North's Diamond Mountain resort. Neither of those is possible for South Korea unless sanctions are removed.

Nuclear talks between Washington and Pyongyang have stalled for months as they struggle with the sequencing of North Korea's disarmament and the removal of U.S.-led sanctions against the North. Some analysts say North Korea has been trying to drive a wedge between Washington and Seoul while putting the larger burden of action on the United States. Pyongyang over the past months has accused Washington of failing to take corresponding measures following the North's unilateral dismantlement of a nuclear testing ground and suspension of nuclear and long-range missile tests.

North Korea also has bristled at U.S. demands to provide a detailed account of nuclear and missile facilities that would be inspected and dismantled under a potential deal.

The address, broadcast at 9 a.m. local time on North Korea's state-run television network, was Kim's seventh since taking power following the death of his father, Kim Jong Il, in 2011. Earlier, Pyongyang marked the start of 2019 with performances and a fireworks display as thousands of people watched in a square.

NORTH KOREA'S 'HOTEL OF DOOM' LIGHTS UP WITH PROPAGANDA

Kim used his New Year's speech a year ago to start a newfound diplomatic approach with Seoul and Washington, which led to three summits with South Korean President Moon Jae-in in addition to a June 12 Singapore summit with Trump. Kim also met three times with Chinese President Xi Jinping, which boosted his leverage by reintroducing Beijing -- Pyongyang's main ally -- as a major player in the diplomatic process to resolve the nuclear standoff. 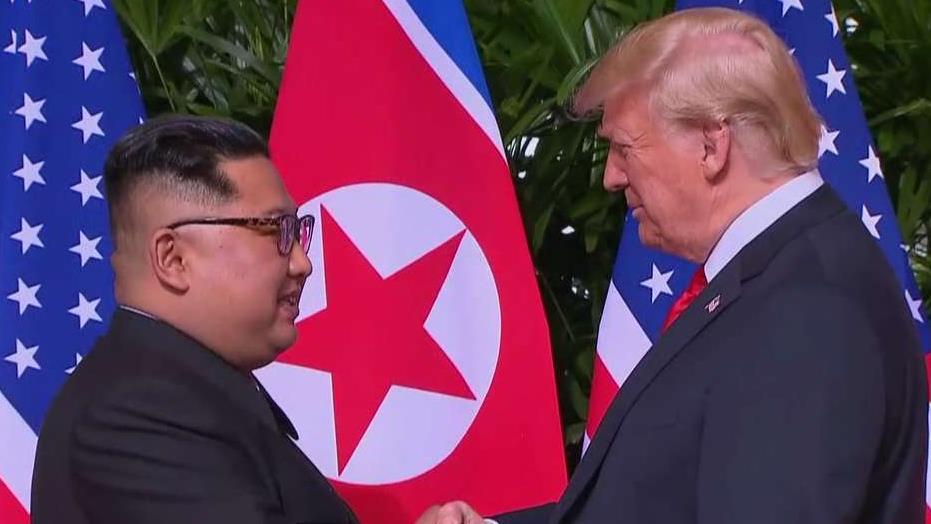 The hardening stalemate has fueled doubts on whether Kim ever will relinquish the nuclear weapons and missiles he may see as his strongest guarantee of survival. In his meetings with Trump and Moon, Kim signed vague statements calling for the "complete denuclearization" of the Korean Peninsula without describing when and how it would occur.

North Korea for decades has been pushing a concept of denuclearization that bears no resemblance to the American definition, with Pyongyang vowing to pursue nuclear development until the United States removes its troops and the nuclear umbrella defending South Korea and Japan. Pyongyang used a blunt statement last month reiterated its traditional stance on denuclearization, saying it will never unilaterally give up its weapons unless Washington removes what North Korea describes as a nuclear threat.

The two sides have yet to reschedule a meeting between Secretary of State Mike Pompeo and senior North Korean officials after Pyongyang canceled it at the last minute in November.