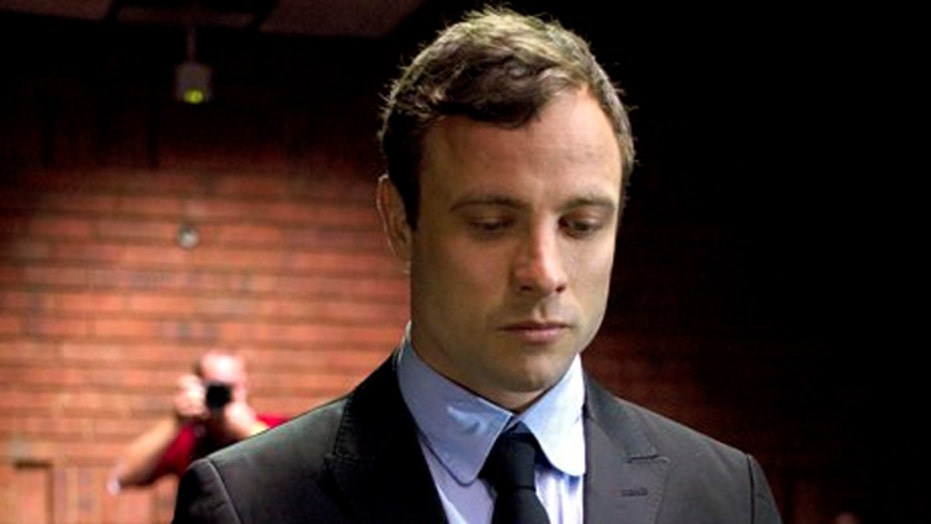 Olympic track star could face 25 years to life if convicted of the most serious charge in the Valentine's Day shooting of his model girlfriend, Reeva Steenkamp

JOHANNESBURG – The judge in the Oscar Pistorius murder trial was taciturn through months of court proceedings that caught the attention of the world. On Thursday, however, she'll deliver a judgment that brings her to the forefront.

Judge Thokozile Masipa, 66, has sat on a dais in red robes throughout the televised trial, rarely interrupting the drama unfolding below as the prosecutor sought to prove that the Olympic athlete murdered girlfriend Reeva Steenkamp and defense lawyers argued that the shooting was a terrible mistake.

Her cryptic demeanor, likely meant to project neutrality during contentious proceedings, masks the rich personal story of a former social worker and journalist who became one of the first black female judges in a country that jettisoned white rule in 1994.

Some experts have pointed to Masipa's record of tough action against criminals who victimized women as indicators that she would not be easily swayed by Pistorius' assertion that he shot Steenkamp through a closed toilet door on Feb. 14, 2013 by mistake, thinking there was an intruder in his house. Yet they also describe her as a good listener and a dispassionate analyst of facts.

For some South Africans, Masipa is a symbol of accomplishment in a country where poverty and unemployment block progress even though all-race politics replaced white minority rule in a euphoric but troubled transition.

"From our historical background in this country, it is very important that young black people see role models that are positive," said Kabelo Seabi, a Pretoria lawyer who teaches criminal law. "I'm sure that a young female person that's sitting anywhere in South Africa ... would be looking up to her and would wish that, if they were to study law, that they would be able to reach that benchmark that she has set."

In the rare instances in the Pistorius trial when her personality has shone through, Masipa has been stern, chiding the prosecutor for harshly questioning the double-amputee runner when he testified in April. And she lightened the mood in the wood-lined courtroom when she joked about making lawyers work "after church" on a Sunday.

Seabi described her as a competent judge who gave "latitude" to defense and prosecution arguments. Masipa will not "decide the matter on her own" because she has two legal assistants, Seabi noted.

"There is a remote possibility of the judge going one way and the assessors going another, and the decision by the majority is the one that will stand, on the facts," Seabi said. But, he said, only the judge decides on questions of legal principle.

Masipa studied social work and later worked as a reporter for The World, The Sowetan and other South African publications, covering township life at a politically tumultuous time. Under apartheid, she was arrested during a protest against the detention of media colleagues, according to South African reports.

Sekola Sello, who worked with Masipa in the media, said he has closely followed the Pistorius trial and that the judge was exhibiting the same "level-headedness" that he remembered in her character decades ago.

In 1998, Masipa became a provincial judge on a bench that was still heavily populated by white males. Last year, she sentenced a serial rapist to 250 years in prison. In 2009, she sentenced a former police officer to life in prison for fatally shooting his wife after a dispute over separation terms. She has ruled in favor of squatters who resisted attempts to evict them from a Johannesburg building and said authorities should help them find alternative lodging; and ruled against a former head of Eskom, the national electricity company, who alleged he was illegally dismissed.

South Africa does not have a jury system, so Masipa will read her verdict Thursday in a lengthy process, filled with summaries of testimony and legal references, that some analysts say might require more court time on Friday. Clues about the looming verdict could emerge during the reading, but Pistorius will only know the judgment for or against him at the end of what is likely to be a long reading that will grip the world's attention.

Pistorius could face 25 years to life in prison if convicted of premeditated murder. He could also be convicted of a lesser murder charge or negligent killing, both of which call for years in jail. The judge could acquit him if she believes the 27-year-old made a tragic error.