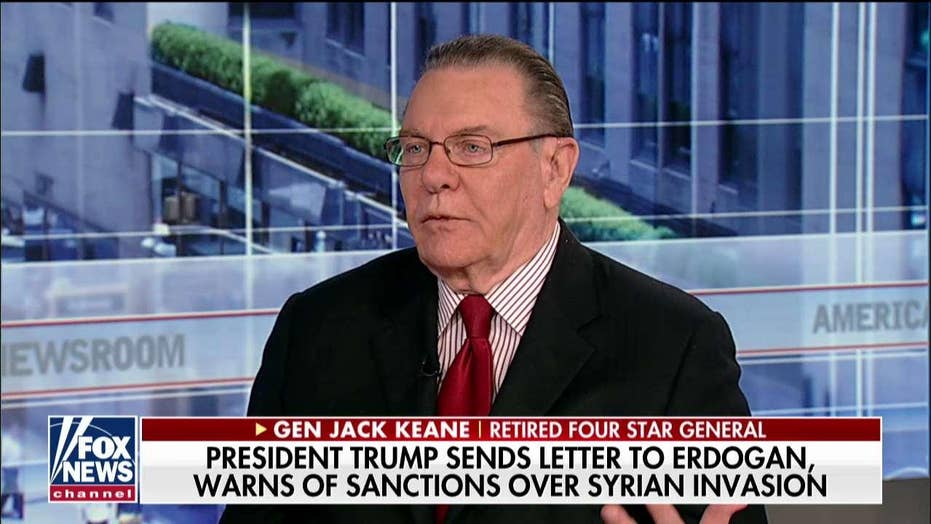 General Jack Keane on the resurgence of ISIS

"There is "no doubt that ISIS will return in the wake of the Turkey-Syria conflict, Fox News Senior Strategic Analyst General Jack Keane said on "America's Newsroom" Thursday.

There is "no doubt" that ISIS will return in the wake of the Turkey-Syria conflict, Fox News senior strategic analyst Gen. Jack Keane said Thursday.

Appearing on "America's Newsroom" with anchor Bill Hemmer, Keane said, "It's not a possibility, it's guaranteed."

"There [are] 18,000 ISIS fighters operating between Iraq and Syria right now," he explained. "According to Ambassador Jeffrey, who is President Trump's personal envoy, there [are] 10,000 ISIS fighters in 20 detention centers guarded by the Kurds. That's a significant force if you put it together: 28,000."

"That's pretty close to where we began with ISIS in 2014," he told Hemmer.

Vice President Mike Pence and a delegation are in the Turkish capital of Ankara Thursday to try to broker a cease-fire. However, Turkish leader Recep Tayyip Erdogan has been less than receptive to the words of the U.S. president. He reportedly threw into the trash an Oct. 9 letter from President Trump warning him against taking action along the border, as well as threatening economic sanctions.

"If we can get a cease-fire and negotiate the buffer zone that we had been negotiating before Erdogan decided to stop that and invade, that's clearly the right answer," Keane said. 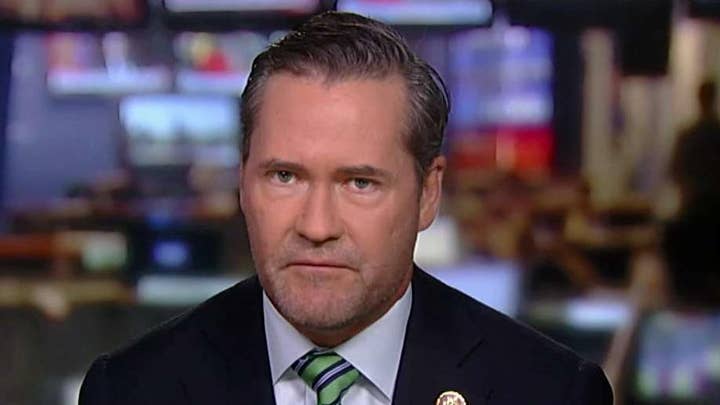 The general said Erdogan is "paranoid" about the insurgency that's being conducted against him by the Kurdistan Workers' Party (PKK) and knows that the Syrian Kurds, the YPG, have a relationship with that organization.

"They do support it politically, but they have not been involved militarily because they've been after ISIS for all this time," he said.

He warned Hemmer: "If we pull the airpower out ... then we have major problems, also. Not only the return of ISIS but the Iranians will take the oil fields."

"That will flat undercut the president's maximum pressure campaign he's got against the Iranians," he concluded.