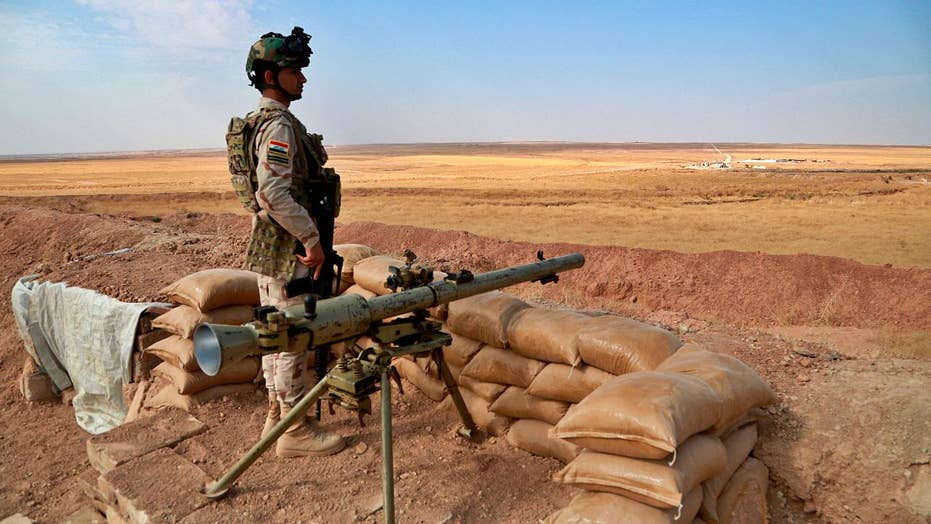 U.S. troops in Syria are racing to try to protect classified materials and valuable military equipment as the Turkish military and Russian-backed forces move toward abandoned U.S. bases in Syria.

Two Operation Inherent Resolve (OIR) F-15 jets destroyed a base that was the headquarters of the anti-ISIS coalition in northern Syria on Wednesday after it had been vacated, according to a military official.

All coalition forces and equipment had been removed from the base, which was located between Kobanî and Ain Issa, Caggins said.

The move comes as nearly all U.S. troops withdraw from Syria amid a Turkish military offensive into the region that began last week. 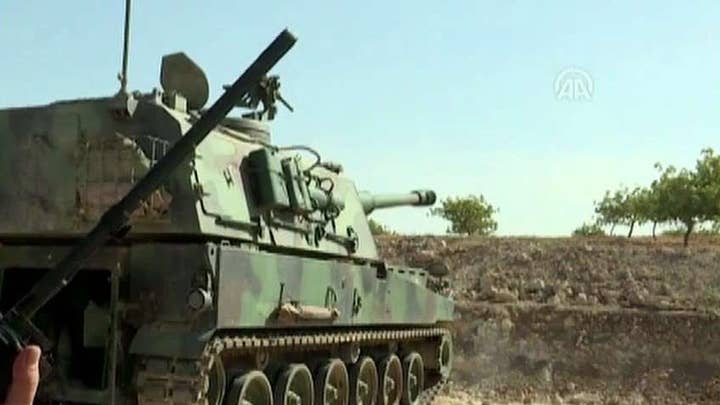 Most U.S. troops in Syria have been removed and will be redeployed in the region in the coming weeks.

Caggins confirmed earlier Wednesday that the Coalition's deliberate withdrawal continues, and the Lafarge Cement Factory in northern Syria, as well as the cities of Raqqa and Tabqah, had been vacated.

Caggins told Fox News on Tuesday that the cement factory was set on fire before it was vacated by the Kurdish-led Syrian Democratic Forces (SDF).

"The location had been the headquarters of the de facto Defeat-ISIS coalition in Syria," he said. "No U.S. forces or equipment were ever in jeopardy and remain within separate, secure facilities."