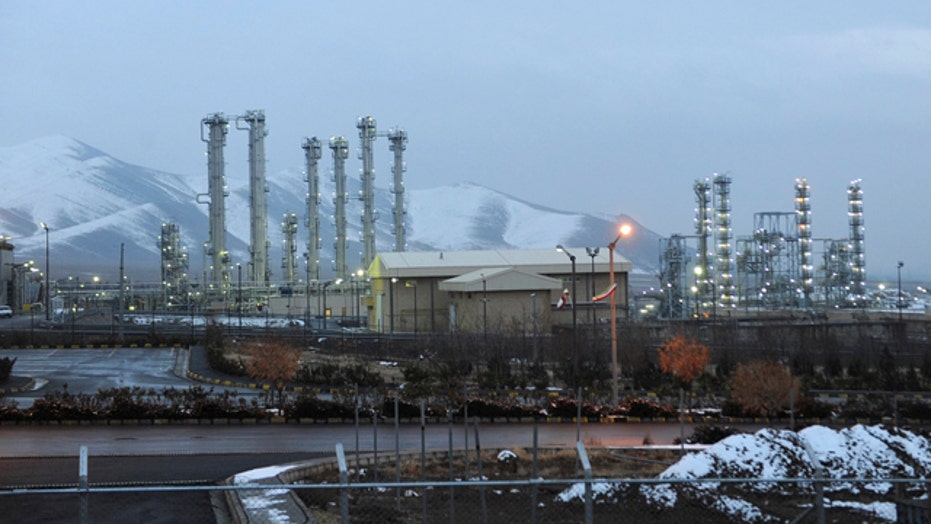 Israeli Prime Minister Benjamin Netanyahu warned Tuesday that Iran's nuclear program would only be set back six weeks as a result of its interim agreement with the international community, adding that "internal disagreements" within the Iranian regime would not divert Tehran from pursuing its ultimate goal of "wiping Israel off the map."

"This agreement merely set Iran back six weeks — no more — according to our assessments, in relation to its previous position, so that the test, as to denying Iran the ability to manufacture nuclear weapons, has been and remains the permanent agreement, if such [a deal] can indeed be achieved," Netanyahu said.

Netanyahu spoke at a conference of the Institute for National Security Studies in Tel Aviv, hours before President Obama vowed to veto any legislation that proposed new Iran sanctions in his State of the Union address.

The so-called P5+1 agreement, which was reached last November in Geneva, Switzerland and took effect earlier this month, freezes key aspects of Iran's nuclear program in exchange for limited sanctions relief. Netanyahu has been a persistent critic of the agreement and has left the door open to military action by Israel if Iran does not back off from its alleged pursuit of military nuclear capability.

At the same conference, Israeli defense minister Moshe Ya'alon described the interim agreement as a "historic missed opportunity," adding that Tehran, under pressure from years of economic sanctions, "crawled on all fours to speak with the Great Satan," and came out a winner.

"One way or another," Ya'alon said,"[Iran's] aspirations for a military nuclear option must be stopped."