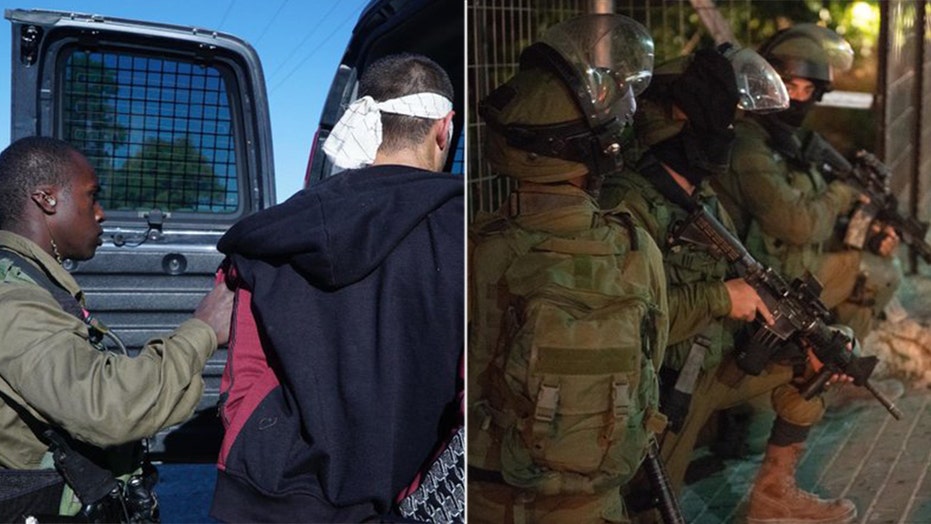 Two “terrorists” accused of murdering a 19-year-old off-duty soldier in the West Bank last week have been arrested, the Israeli military announced on Saturday.

Sorek was found dead with stab wounds Thursday outside a settlement in the Gush Etzion region, which is near the West Bank city of Hebron, the military said.

His body turned up on the side of a road near a pre-military Jewish seminary where he'd been a student; he was neither armed nor in uniform.

“In an operation—together with Israeli security forces—we located and arrested the 2 terrorists suspected to have committed the attack,” the IDF wrote in the tweet on Saturday, which included a photo of an arrest and another picture of the operation in progress.

“We will continue in our fight against terror,” the tweet went on to say.

The suspects reportedly were linked to a Palestinian terror cell. At least two in that group were brothers from Hebron, Israel’s Channel 13 TV reported. There was no immediate Palestinian comment.

The army said in a statement that the car the militants used in the attack was seized.

In another tweet posted on Saturday, Netanyahu wrote that he commended the Israel Security Agency (Shin Bet) and security forces who captured the suspects within 48 hours.

“In the last few years our forces put their hands on all the Palestinian murderers that attacked Israelis and today they did it again,” he wrote in the tweet. “We will continue to fight terrorism intensely on all fronts.”

The Islamic militant group Hamas, which controls the Gaza Strip, accused the Palestinian Authority, its rival in the West Bank, of cooperating with Israel to identify the militants behind the murder.

Hamas celebrated the murder last week writing in a statement, “We salute the hero fighters, sons of our people, who carried out the heroic operation which killed a soldier of the occupation army.”

The death of the young soldier came just over a month before Israel’s parliamentary elections, with Netanyahu’s right-wing allies calling for further West Bank settlement construction and a tough response.