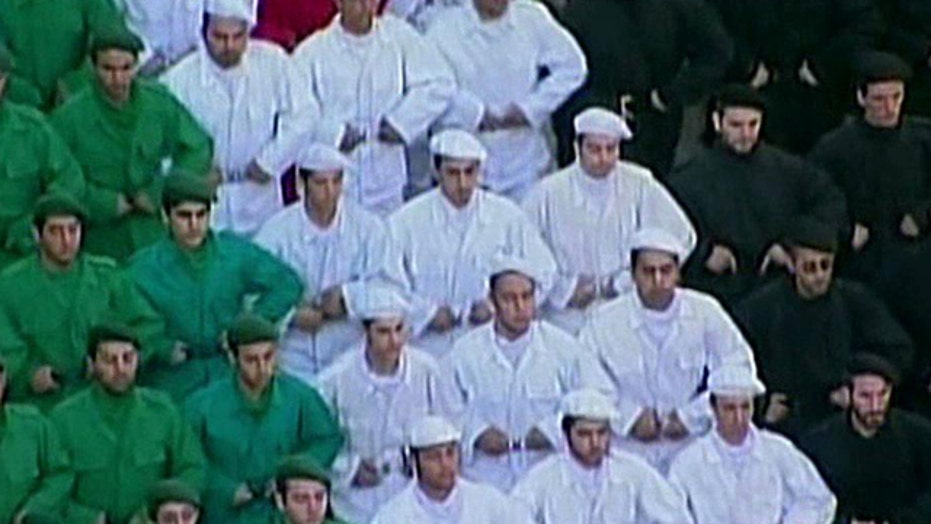 MUNICH – Israel's defense minister indicated Sunday that his country was behind the airstrike on Syria last week, in the first public comments from his government on the attack that U.S. officials said targeted a convoy carrying anti-aircraft weapons bound for the militant group Hezbollah in neighboring Lebanon.

Israeli Defense Minister Ehud Barak brought the issue up at a gathering of the world's top diplomats and defense officials in Germany, initially saying: "I cannot add anything to what you have read in the newspapers about what happened in Syria several days ago."

But, addressing the audience in English, he then added: "I keep telling frankly that we said -- and that's proof when we said something we mean it-- we say that we don't think it should be allowed to bring advanced weapons systems into Lebanon."

In Syria, President Bashar Assad said his military was capable of confronting any "aggression" targeting the country, his first comments since the airstrike.

Assad said Syria is capable of facing current challenges and can "confront any aggression" that would target the Syrian people.

Israel had not previously commented on the strike, but in the days ahead of the attack, Israeli Prime Minister Benjamin Netanyahu and other top officials repeatedly warned of the dangers of Syrian weapons falling into the hands of Hezbollah and other hostile elements in the region.

The Syrian military, meanwhile, said the target of Israeli jets was a scientific research center. The facility is in the area of Jamraya, northwest of Damascus.

Purported images of the targeted site, aired by Syrian state television on Saturday, show destroyed cars, trucks and military vehicles. A building has broken widows and damaged interiors, but no major structural damage.

Following the attack, Syria's ambassador to Lebanon, Ali Abdul-Karim Ali, said Damascus "has the option and the capacity to surprise in retaliation," but that it was up to the relevant authorities to choose the time and place.

Meanwhile, Syrian opposition leaders and rebels on Friday slammed Assad for not responding to the airstrike, calling it proof of his weakness and acquiescence to the Jewish State.

The chief of Iran's powerful Revolutionary Guards said in remarks Sunday that Tehran also hopes Syria will retaliate against Israel for a recent airstrike on its territory.

The report by the official IRNA news agency quotes Gen. Mohammad Ali Jafari as saying, "We are hopeful that Syria gives an appropriate response to the strike in the proper time."

Since the outbreak of the Syrian civil war, Israeli leaders have repeatedly expressed fears that if Syria were to disintegrate, President Bashar Assad could lose control of his chemical weapons and other arms.

On Saturday night, Netanyahu, who is in the process of forming a new ruling coalition, said his new government would have to deal with weapons "being stockpiled near us and threatening our cities and civilians" -- an apparent reference to the deteriorating situation in Syria.

Barak said "Hezbollah from Lebanon and the Iranians are the only allies that Assad has left."

He said in his view Assad's fall "is coming imminently" and when it happens, "this will be a major blow to the Iranians and Hezbollah."

"I think that they will pay the price," he said.