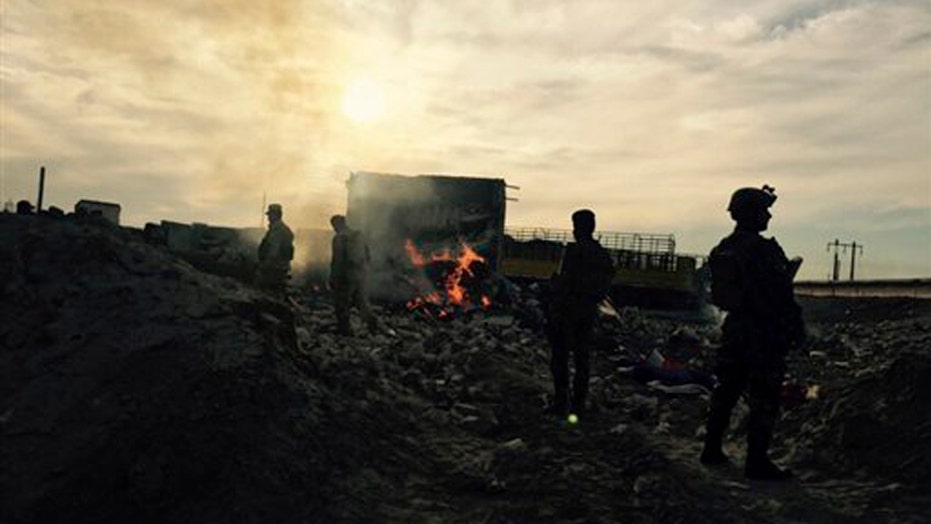 BAGHDAD – Islamic State fighters are putting up a tough fight in the militant-held city of Ramadi, slowing down the advance of Iraqi forces, a senior Iraqi commander said Sunday.

Iraq launched the long-awaited operation to retake the Anbar provincial capital, which was captured by IS militants in May, but after an initial push across the Euphrates River, their progress stalled.

Gen. Ismail al-Mahlawi, head of the Anbar military operations, told The Associated Press that the advance was hampered by suicide bombers, snipers and booby traps.

Iraqi troops will "need days" to get to the city's central government complex, said al-Mahlawi, adding that the troops were about a half mile from the complex on Sunday.

Al-Mahlawi said he could neither confirm nor deny media reports that IS fighters had pulled out of the government complex by nightfall Sunday. But he cited residents in the area as telling his troops that the IS militants had withdrawn from the neighborhood of Albu Alwan, adjacent to the complex.

Another officer said the Iraqi army has yet to gain full control of a single Ramadi neighborhood. He spoke on condition of anonymity because he was not authorized to talk to reporters.

On Tuesday, Iraqi security forces reported progress in recapturing some areas in the western city of Ramadi, 80 miles west of Baghdad, from IS militants.

The extremists control large swaths of land in western and northern Iraq and in neighboring Syria. The IS group has declared a self-styled caliphate on the territory under its control.

After overrunning Ramadi, IS destroyed all the bridges around the city. It also demolished the Anbar operations command center and fanned out into the city's residential areas to set up less conspicuous centers of command.

A statement late Sunday from the Iraqi joint command said the operation in Anbar is going according to plans and that Iraqi forces continue to encircle the government complex in Ramadi. It made no mention of any pullout of IS militants from the area.