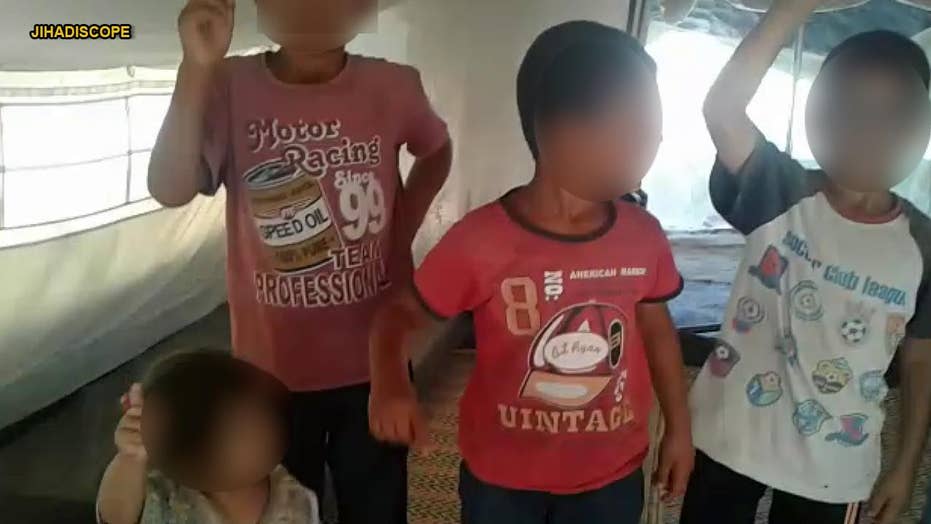 The leader of the Islamic State, in a new audio recording released Monday, called on members of the extremist group to free detainees and women held in jails and camps by any means necessary.

The purported audio by Abu Bakr al-Baghdadi, 48, was said to be his first public statement since April.

This 2019 image purports to show the leader of the Islamic State group, Abu Bakr al-Baghdadi, being interviewed.  (Al-Furqan media via AP)

In a 30-minute recording released by the group’s media wing, the shadowy leader asked: "How can a Muslim enjoy life?" when Muslim women are held in camps he called "prisons of humiliation run by Crusaders and their Shiite followers."

With a $25 million U.S. bounty on his head, al-Baghdadi is the world’s most-wanted man. He is responsible for steering his violent organization into slaughtering opponents and either directing or inspiring terror attacks across continents.

ISIS was defeated in Iraq in 2017, while in Syria, it lost its last territory in March, marking the end of the extremists' self-declared caliphate. Despite these battlefield defeats, sleeper cells have continued to launch attacks in both Iraq and Syria.

In Syria, the centers are controlled by the U.S.-backed Syrian Democratic Forces, which spearheaded the fight against ISIS in eastern Syria.

Despite these setbacks, al-Baghdadi accused the U.S. of being war-weary and bragged of the militants’ remaining presence in Africa, the Middle East, and East Asia.

Al-Baghdadi concluded the message by telling “soldiers and supporters of the Caliphate everywhere” to avoid deviation and asked Allah to grant ISIS victory.