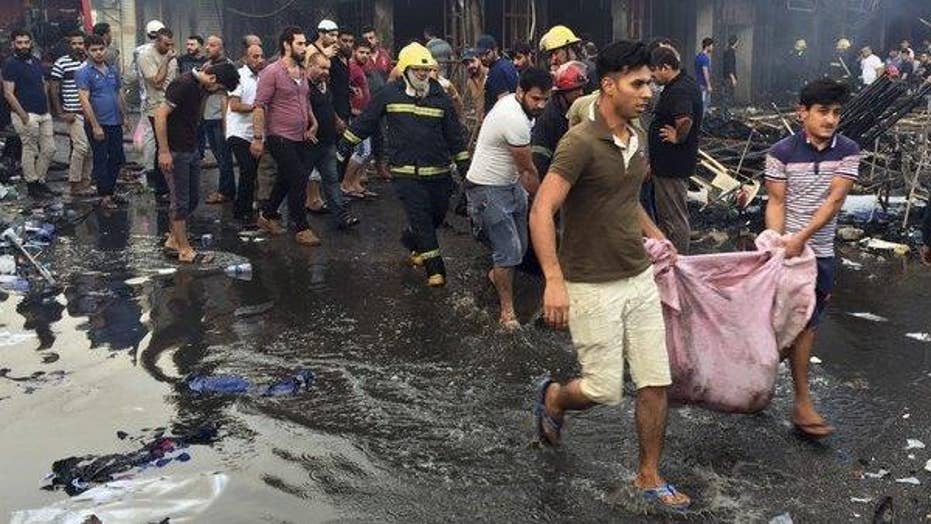 Iraqi's interior minister -- the man largely responsible for security in Baghdad -- submitted his resignation on Tuesday, two days after a massive bombing in the center of the capital killed 175 people and wounded almost 200.

Mohammed Salem al-Ghabban told reporters that the government had failed to get the various bodies charged with securing the capital to operate according to a "unified plan." The army, federal and local police, and government-sanctioned Shiite militias share security responsibility, manning checkpoints throughout the city.

He said the Interior Ministry, which is in charge of the police, should have full responsibility for security inside Iraq's cities. He said he had submitted proposed reforms in 2015 but they were shelved by the government.

He added that Prime Minister Haider al-Abadi has not yet accepted his resignation.

The attack, claimed by the Islamic State group, was one of the worst in more than a decade of war and insurgency in Iraq. Bodies were still being recovered Tuesday afternoon, and police and health officials said at least a dozen people remain unaccounted for.

The officials spoke on condition of anonymity because they were not authorized to brief the media.

The government has come under heavy criticism for its failure to provide security in Baghdad, and al-Abadi was chased away from the bomb site hours after the attack by a crowd that hurled shoes and rocks, calling him a "thief."

The attack early Sunday in the Karada neighborhood came as the streets were crowded with shoppers preparing for the Eid al-Fitr holiday marking the end of the Muslim holy month of Ramadan, which is expected to fall on Wednesday.

On Tuesday morning, Karada residents held a funeral procession for a young man at the scene of the blast. His mother, with an Iraqi flag draped over her shoulder, led the crowd of mourners as they carried his wooden casket and pounded their chests in grief. Others were seen throwing flowers on the casket, which was also wrapped in the Iraqi flag.

The attack prompted al-Abadi to order new security measures in Baghdad and other cities, including pulling a hand-held electronic device widely sold as a bomb detector but which has been reputedly branded as bogus by experts.

Al-Abadi also ordered the installation of X-ray systems at the entrances of Iraqi provinces, an upgraded security belt around Baghdad, increased aerial scanning and stepped-up in intelligence efforts.

IS has suffered a string of territorial losses, most recently in Fallujah, where it was driven out by Iraqi forces last month after occupying the city for more than two years. But the extremists have continued to carry out near-daily bombings in and around Baghdad, as well as complex attacks in other countries.