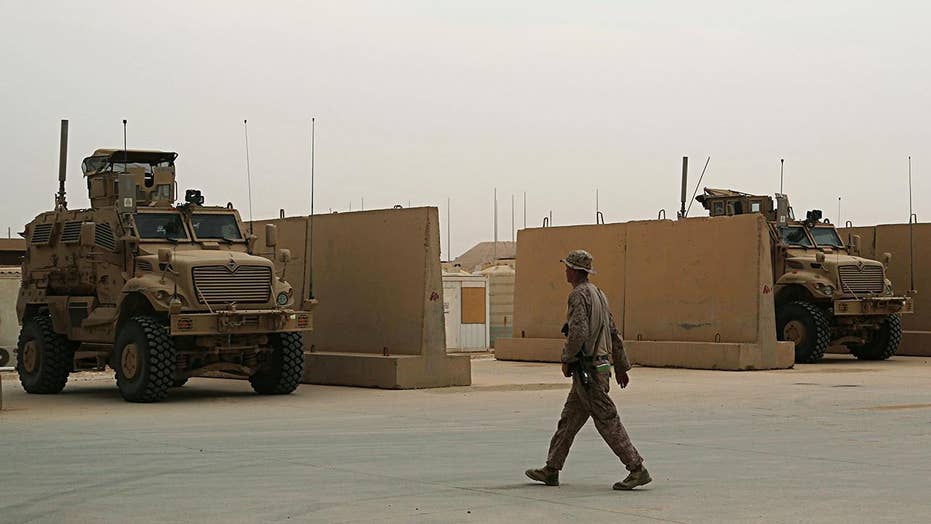 Should US call Iraq's bluff and pull troops out of country?

Sen. Rand Paul says if Iraq wants U.S. troops out, we should call their bluff and leave. Iraq veteran Dan Caldwell explains why he completely agrees.

Additional U.S. troops have been flown out of Iraq for closer evaluation of potential concussion injuries from the Iranian missile attack of Jan. 8, U.S. defense officials said Tuesday.

The exact number of troops flown to Germany was not immediately clear, but officials said it was a small number. The officials spoke on condition of anonymity because some details were still being sorted out. Last week, 11 U.S. service members were flown from Iraq to U.S. medical facilities in Germany and Kuwait for further evaluation of concussion-like symptoms.

Navy Capt. Bill Urban, spokesman for U.S. Central Command, which oversees military operations across the Middle East, confirmed the additional evacuations but did not say how many were included.

"As medical treatment and evaluations in theater continue, additional service members have been identified as having potential injuries," Urban said Tuesday evening. "These service members -- out of an abundance of caution -- have been transported to Landstuhl, Germany, for further evaluations and necessary treatment on an outpatient basis. Given the nature of injuries already noted, it is possible additional injuries may be identified in the future." 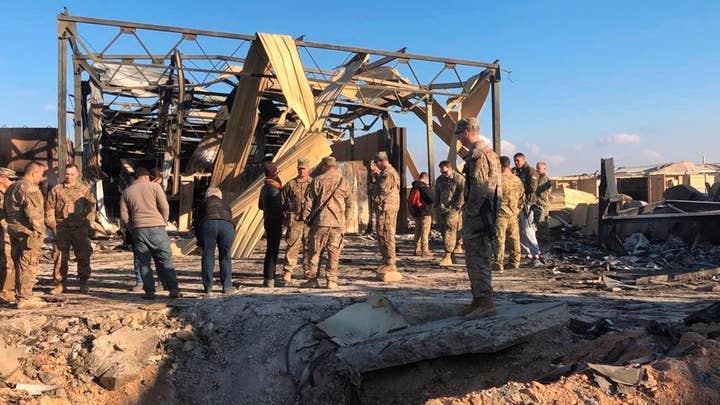 As recently as last Tuesday night, President Donald Trump said he had been told no American had been harmed in the Iranian missile strike. The question of American casualties was especially significant at the time because the missile attack's results were seen as influencing a U.S. decision on whether to retaliate and risk a broader war with Iran.

Trump chose not to retaliate, and the tensions with Iran have eased somewhat.

In the days following the Iranian attack, medical screening determined that some who took cover during the attack were suffering from concussion-like symptoms.

No one was killed in the attack on Ain Al Assad air base in western Iraq. The strike was launched in retaliation for a U.S. drone missile strike that killed Qassem Soleimani, the most powerful military general in Iran, on Jan. 3 at Baghdad International Airport.