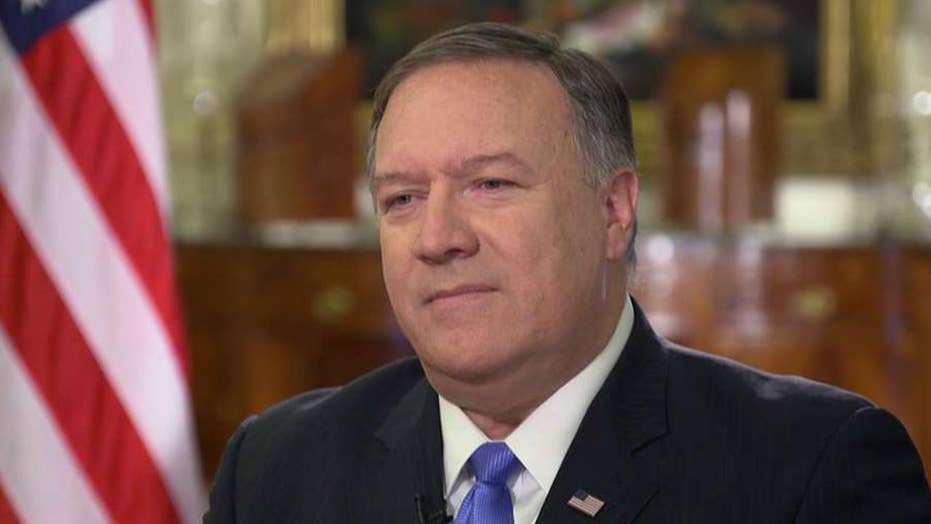 Iran has fired back at Secretary of State Mike Pompeo’s “hypocritical gesture” to visit the country and address the Iranian people.

He instead suggested Pompeo should grant visas to the Iranian media to travel to the U.S. and interview him, accusing the government of rejecting their requests.

The comments come amid Pompeo’s tweets on Monday, where he said that “we aren’t afraid of (Zarif) coming to America where he enjoys the right to speak freely.”

“Are the facts of the (Khamenei) regime so bad he cannot let me do the same thing in Tehran?” he added, referring to Supreme Leader Ayatollah Ali Khamenei. “What if his people heard the truth, unfiltered, unabridged?”

Tensions between the U.S. and Iran have been heightened ever since the Trump administration pulled out of the 2015 nuclear deal and then imposed punitive sanctions on the Iranian regime.

But in recent months, Washington and Tehran were on a constant brink of war after the regime attacked oil tankers in the Strait of Hormuz and later shot down an unmanned American drone.

The attack on the drone prompted President Trump to order military strikes on the regime – only canceling them at the last minute over concerns of potential casualties on the Iranian side.

Iran also seized a British tanker earlier this month. The regime said the seizure was a response to British authorities seizing an Iranian tanker on route to Syria, though the UK says the tanker was seized because it carried oil and was in violation of sanctions against the Syrian regime.

The Iran nuclear deal also unraveled in recent months amid the failure to force the European powers to provide economic relief amid U.S. sanctions, prompting the regime to announce that it’s openly exceeding limits on its nuclear activities.