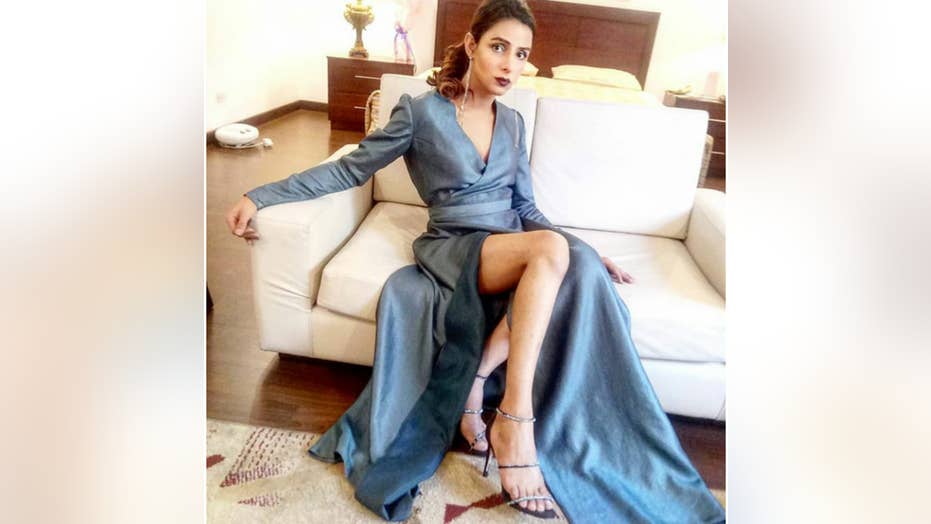 It’s a dark underworld rarely brought to light in discussions of human rights and refugees. But there is a growing pool of refugees in Pakistan – who have fled oppression in neighboring Afghanistan and Bangladesh – who identify as transgender, and have nowhere to go but hide by day and take up sex work by night.

“My father was a brutal person, who often beat me if I was ever found wearing girly stuff,” recalled Afsus Afghani, 40. “I think he was just scared of the Taliban because he knew they would kill me if they found me.”

Afghani fled Afghanistan during the Soviet invasion and has spent much of her life in Peshawar, Pakistan, where she identifies as female and has found little life beyond being a sex worker. There are said to be hundreds of Afghan transgender refugees in the Peshawar district alone, who are not only on the run from radical elements but fear deportation, meaning their lives will likely be further upended if they are forced back to Afghanistan.

Given the forbidden nature of transgender as a cultural, religious and moral imperative in the region, there are no explicit statistics – but the numbers are said to be well into the tens of thousands and only growing as more flee to the underground enclaves of Pakistan.

Afghani is hardly alone in her torment within the taboo community.

“My parents never bothered to assign me a birth name, but for as long as I remember people just called me Nani Begum,” the 28-year-old child of refugees from Bangladesh said. “But since I disclosed my different identity to my family, they locked me at home, and that was when I was very young. I wasn’t allowed to accompany my elder brothers for shopping or play for fear I would bring shame to them.”

In 2007, while still a teen, Begum ran away from home to live with four others in her minority inside the slums of Karachi, where they are taken care of by a “Guru Sumbal.” She concurred that there are next to no opportunities beyond being a sex worker.

“We have to account for our daily earnings to our guru, who then nourishes us with a night meal and provides us shelter in return,” a sorrowful Begum said. “Each day is humiliation – dolling myself up for a new client merely for two dollars or less. Sometimes I am taken to their place where there are multiple people.”

She also bemoaned that their home is often subject to police raids, and if they go out together in public they are sometimes arrested “unless a hefty bribe is paid or sex if offered in return because they (law enforcement) are well aware that there is no law yet to protect transgender refugees in the country.”

Indeed, human rights activists say that while the Muslim majority country has made significant strides in recent years to provide identity cards and passports to Pakistani nationals with a transgender category and to provide them with more work opportunities in the quest to reduce the stigma, such strides are seemingly not handed down to immigrants and refugees.

Most live in segregated slums and have for decades battled sweeping discrimination.

“There are hundreds of Bengali transgenders in Karachi who make very low wages as janitors during the day and sex workers by night,” Begum continued. “For us, sex is meant to earn a loaf of bread but for the rest of the radical society, it is forbidden. It is not unusual for any of us to be arrested.”

PAKISTAN WORKS TO CLEAN UP KARACHI, ONCE WORLD'S 'MOST DANGEROUS CITY'

While much of the community is shrouded in extreme secrecy, some are starting to come out of the shadows. Take Kami Sid, a 28-year-old Pakistani transgender model who runs a society for economic empowerment to help others in need, and who said even her hard humanitarian work has left her shunned by her “radical Islamic family.”

“It’s a daring time to be a trans model in this country because people have trolled and exploited me for my bold photoshoots. I am defying Islamic and cultural norms,” Sid insisted. “I am a torch-bearer for all those who have been marred by violence. I am hoping to encourage them that new avenues will be waiting.”

Yet for those like Sid endeavoring to change the status quo, it’s not without harassment and threats.

“I often receive anonymous calls threatening me to mend my ways, but my commitment can be the price of my life,” added Raza Hider Tirmizi, a prominent 34-year-old activist at the Pakistan-based HumRaz Society. “I have been witness to a transgender being kidnapped in broad daylight and used for heinous crimes like drug-smuggling or their organs are harvested and sold away. If they refuse to be an accomplice in a crime, they are castrated.”