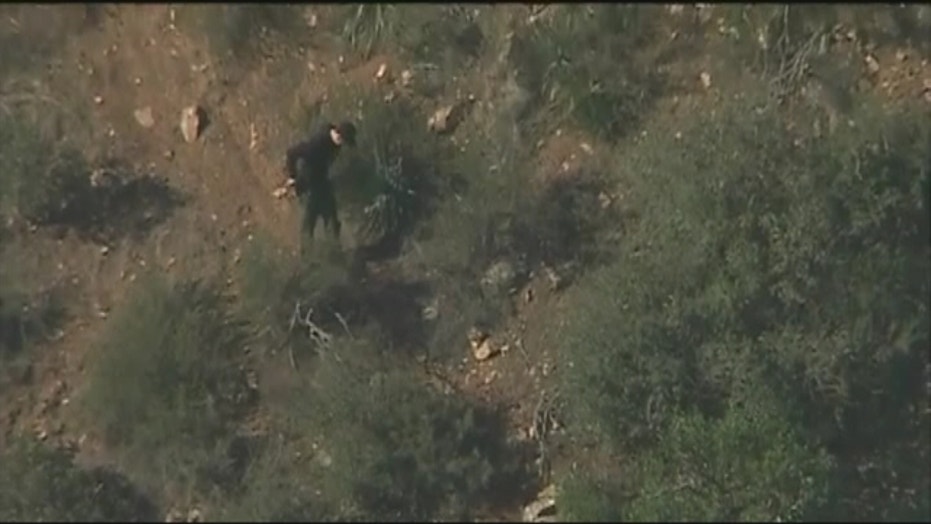 A U.S. Border Patrol agent trying to stop a group of people suspected of crossing the Mexican border illegally shot and killed a man after being hit in the head with a rock.

Helicopter video showed the body of a man sprawled across rocks in a ravine on Otay Mountain, several hundred feet below a dirt road.

The shooting took place as two Border Patrol officers were chasing after a group of people suspected of illegally crossing into the U.S. from Mexico, officials from U.S. Customs and Border Protection told reporters.

The officers became separated and one of the suspects threw a rock at one of the officers, hitting him in the face or head, authorities said. The officer feared for his life and shot the man with his service weapon, killing him, according to the officials.

The border officers took two other suspects into custody.

The officer who shot the man has not been identified. He was treated for minor injuries.

Sheriff’s homicide detectives are handling the shooting investigation. They have set up a command post in the 400 block of Alta Road.

For more stories go to fox5sandiego.com