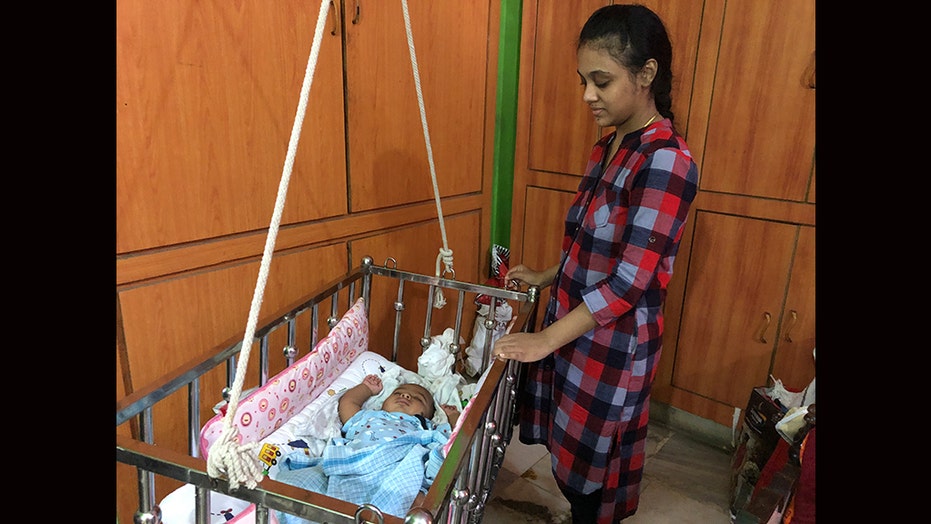 An Indian father hired a hitman to kill his newlywed daughter’s husband because he belonged to a lower caste, court records claim.

Pranay Perumalla, the husband of Amrutha Varshini, was killed less than a month after their wedding in 2018 after an apparent assassin hacked him on the head and neck with a large butcher knife.

The bride's family’s fiercely protested the marriage, specifically because of the country's caste system, a traditionalist social order based on an identity determined at birth that despite India’s modernization has remained pervasive to this day.

NOEL YEATTS: MILLIONS OF GIRLS ARE MISSING IN INDIA — HERE’S WHY YOU SHOULD CARE

Perumalla was considered to be part of the lower Dalit caste, which was previously known as “untouchables” that few from higher castes dared to interact with, let alone marry, according to the Washington Post.

Varshini and her wealthy family belonged to a higher caste that viewed her relationship with Perumalla as a blow to the family’s position and just plain humiliation.

Amrutha Varshini's husband Pranay Perumalla was killed just less than a month after their wedding in 2018 after a supposed assassin hacked him on the head and neck with a large butcher knife. (Getty)

This prompted her father, T Maruthi Rao, to hire assassins to murder the husband, court records show, the Post reported.

While the discrimination based on the caste system was banned in 1948, a principle further preserved in the country’s constitution, the social order is far from banished from the society and remains especially prevalent when it comes to marriage, with few couples daring to marry someone from different castes while those who do are risking death.

Amrutha, who first got to know her late husband back in school, recalled that her father repeatedly beat her over her interactions with him.

“I can even marry you to a beggar who belongs to an upper caste,” Amrutha said her father once told her, according to the Post. “But I don't want you to marry from a lower caste, whoever it is.”

“I can even marry you to a beggar who belongs to an upper caste. But I don't want you to marry from a lower caste, whoever it is.”

After years of keeping the relationship secret, the couple decided to get married and then leave India for Australia, hoping to avoid her family’s vengeance. But the plan was postponed amid Amrutha's pregnancy.

Court records claim that Amrutha’s father has agreed to pay $150,000 to have his son-in-law killed. He used a local political leader as an intermediary,” the newspaper reported.

The murder of the husband caused shockwaves across India, with hundreds of Dalits rallying against the injustice and expressed condolences to Amrutha, while others came to openly support her father.

“This is an incident where a [Dalit] guy intimidated her and married her,” said Shyam Sunder Chilukuri, a lawyer in Miryalaguda, according to the Post. “There is a chance that other daughters of well-off people would be trapped in the name of love [by] miscreants.”

Amrutha's father is currently out on bail pending the start of the trial in September.