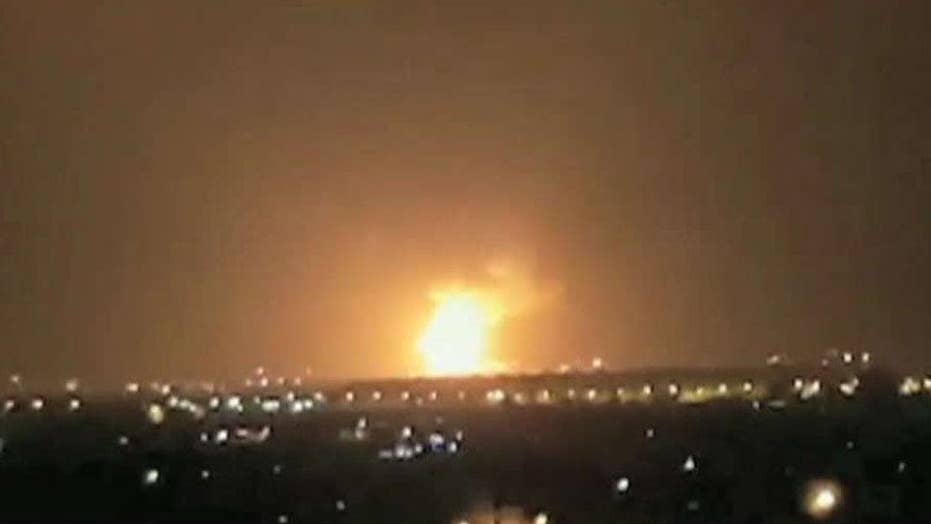 The attack briefly forced Israeli Prime Minister Benjamin Netanyahu off the stage at a campaign rally in the city of Ashdod. Netanyahu told attendees to head for bomb shelters as his security guards led him away. He returned minutes later and continued addressing the crowd.

Both rockets were intercepted by Israel’s missile defense system, the Iron Dome. No major damage or casualties were reported.

The Israeli response targeted a weapons manufacturing site, a naval compound and a tunnel. While the Islamic militant group Hamas is not taking responsibility for the rocket attacks, the Israeli government considers them responsible for any violence coming from Gaza.

Local media reports indicate the Iranian-backed Islamic Jihad was behind the launches.

Tension increased along the Gaza border on Wednesday morning when three mortars were fired into Israel from Gaza. Israeli tanks responded by shelling a Hamas military position.

Egyptian negotiators were in Gaza City this week in an attempt to broker a long-term cease-fire agreement. Reports indicate the talks were unsuccessful.

The latest military developments come less than a week before Israeli elections. Netanyahu’s opponents have called for a stronger response to militant factions inside Gaza.